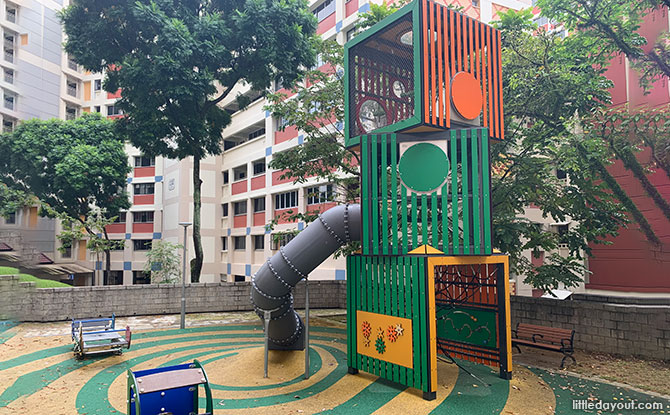 Found within a courtyard at Bishan North is a playground that resembles three boxes stacked on top of each other.

This green, orange and reddish-brown playground offers a different take on the usual play towers found at other children playgrounds. 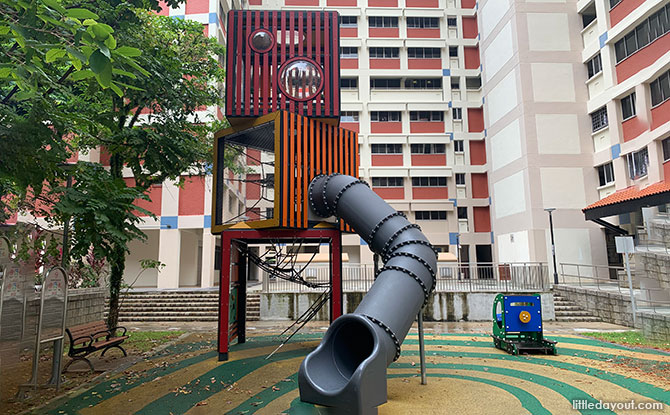 Kids will need to enter into the stacked of boxes from the very bottom. 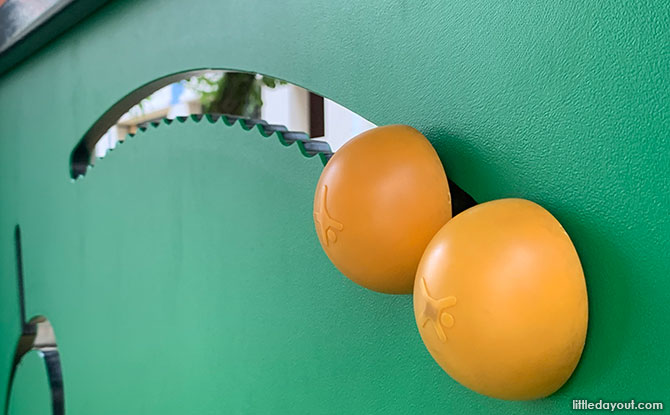 There are some play knobs that young kids can fiddle around with at the first box. 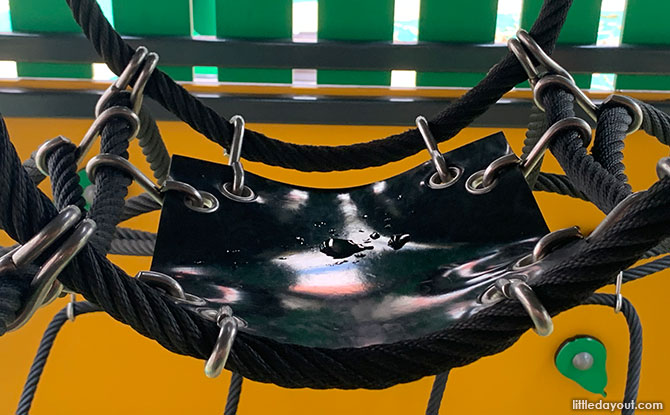 A set of ropes are strung out at the bottom, serving as hand and foot holds for kids to hoist themselves upwards into the boxes above. They can also make use of a hammock, which is part of the network of ropes, to make their way up.

The second layer of the Bishan North box playground is covered with mesh nets on the sides.

Previously, this playground had a wire-based tube that connected the second and third boxes together. However, back in 2021, there was an incident where a boy got his leg stuck in the tube. This tube has since been removed from the play structure. 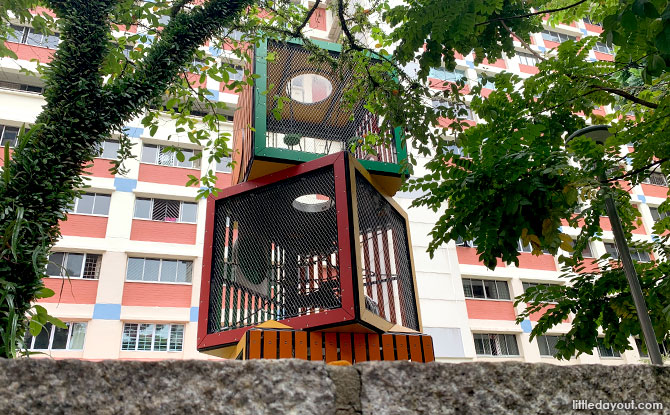 Advancing even further up to the top crate of the stack, kids can look out from bubble windows which have been embedded into the side of the box.

There is also a grey slide that connects the second box with the ground and its soft padded flooring.

Other Play Equipment for Younger Kids 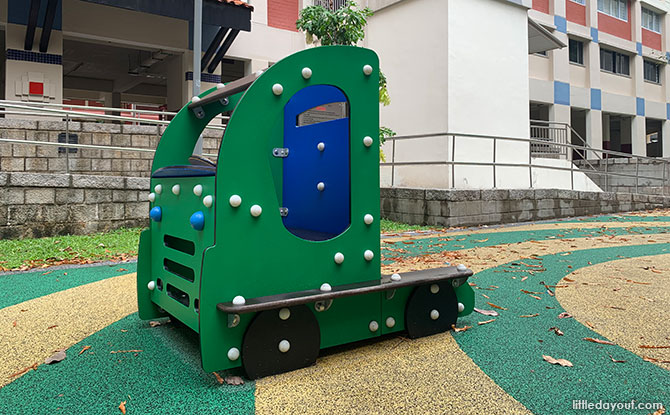 Other play equipment at the Bishan North crate playground include a little prime mover-shaped play structure for toddlers to climb into and make-believe that they are trucking away. Perhaps the truck is there to fit in with the boxes theme, since the boxes do resemble shipping containers.

Rather generously, or so we thought, the truck has two wheels, one in the cabin area and another at the truck bed behind. This allows two kids to play pretend together. 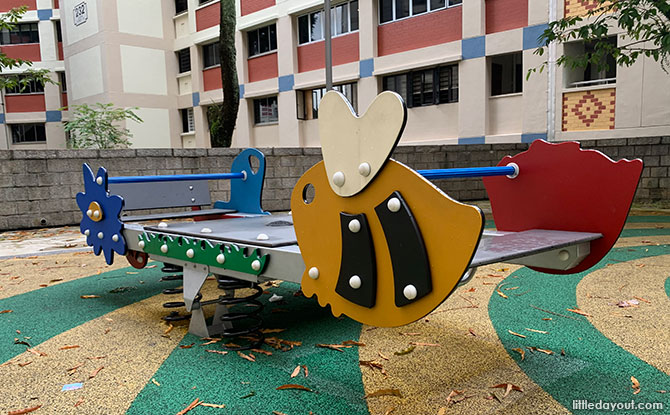 There is also a teeter-totter that can accommodate up to four kids, swinging back-and-forth, at a time.

This little Bishan North playground can be found at Block 229 Bishan Street 23, not too far from the River Plains half of Bishan-Ang Mo Kio Park.