Home Play Ideas & Activities How To Play Follow The Leader: A Classic Game For Classroom And... 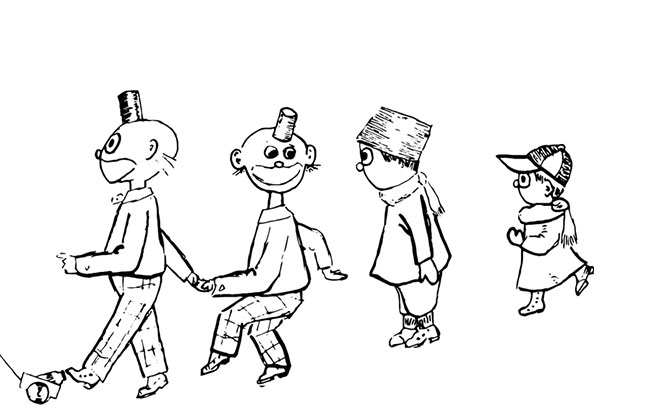 A game that is straightforward as it is fun, Follow The Leader is a game with many variations and is especially popular amongst little ones who love to copy adults. This group game can be used for various situations in the classroom and at parties as well. It is different from Simon Says as players will always have to follow the leader. Here’s how to play Follow The Leader.

A group of players of at least 4 people or more

As the game suggests, there is one rule, where a leader will be picked and players must mimic the person’s actions for the rest of the game. Any player who fails to mimic the actions has to sit out of the game.

The most straightforward version of Follow The Leader starts by having players in a circle and a leader is selected. The leader will then do a series of movements with their body such as moving like certain animals or doing certain facial expressions.

The variations of the game is where the fun truly begins.

The leader will stand at the front and the rest of the players are going to follow behind while trying to keep a reasonable gap in between one another. The leader will be at the front of the group and lead the group through a series of moves that can be done while moving around a space. This includes doing simple jumps, hops or skips. They can move fast or slow and at different heights as well.

This is a fun game to play with instruments or any object that can make a beat. The leader will start by setting a beat and the other players will follow. This can also be done by clapping and stomping on the ground.