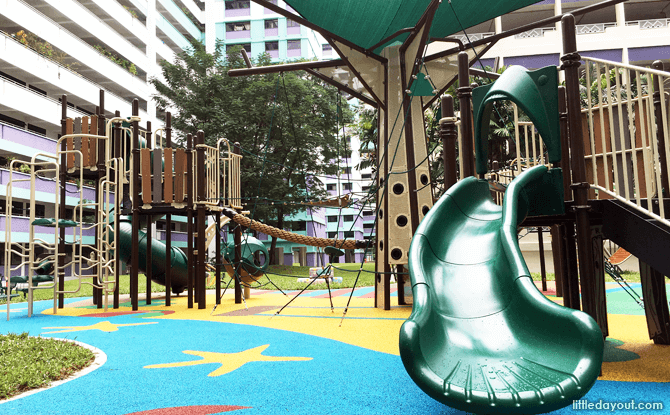 The Adventure Playground @ Canberra stands as a testament to the spirit of community. It is the first HDB playground to have been co-conceptualised, co-designed and built by the residents living in the area. 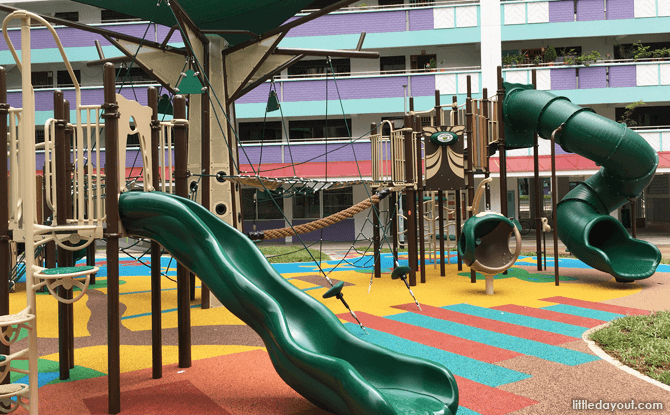 For starters, the name of the playground, Adventure Playground @ Canberra, was chosen by Canberra residents.

Furthermore, the inspiration for the playground’s floor design came from a submission by Rinihalani Bte Muhd Ibrahim of Sembawang Secondary School, a school less than 700 metres away.

Most importantly, 1,800 residents participated in engagement activities to come up with the playground’s design with 150 involved in co-building the 185-square metre playground. 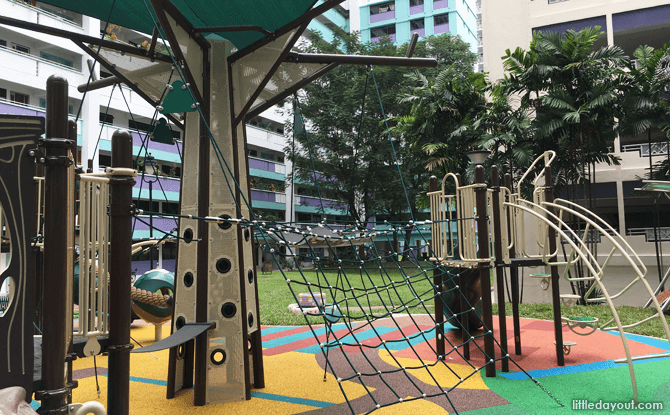 The children’s playground, standing at the foot of Block 334 Sembawang Close, adopts a kelong theme. This alludes to the days when Sembawang was a fishing village with kelongs (fishing jetties) around the area.

Visually, the playground reflects this theme with cargo nets that look like spread out fishing nets and brown poles resembling the stilts that kelongs are built on. 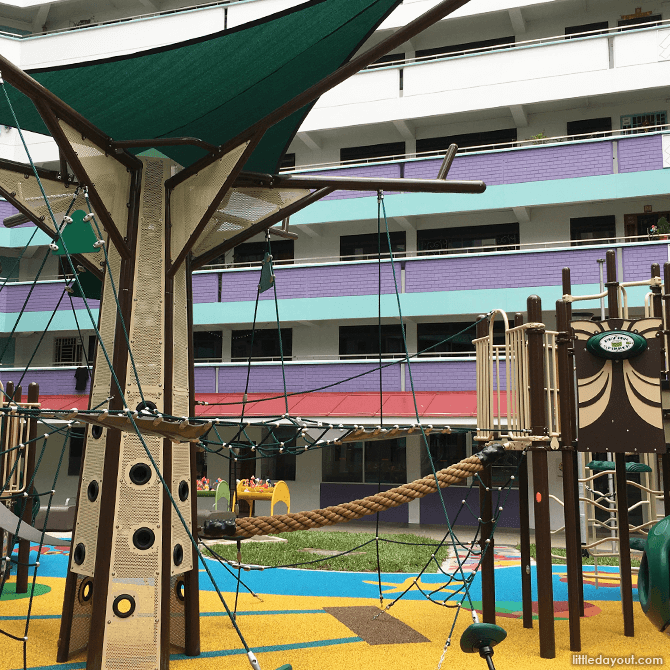 However, if you think the central play structure of the Adventure Playground @ Canberra looks like a towering tree, you’d be right. This was incorporated into the design based on the inputs of children who wanted a treehouse at their playground.

Get a Sense of Adventure and Relax

Looking closer, the Block 334 Sembawang Close playground has been built with three “zones” in mind. 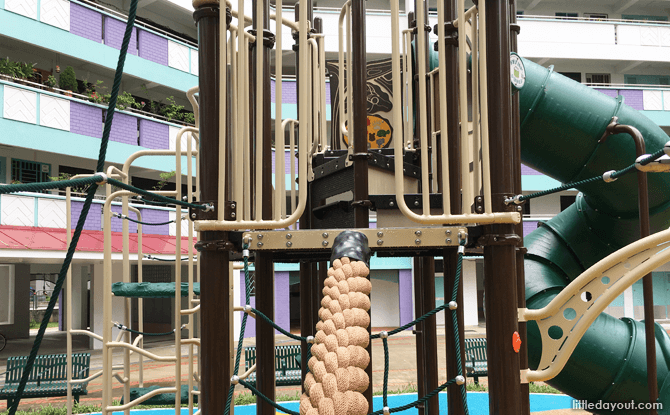 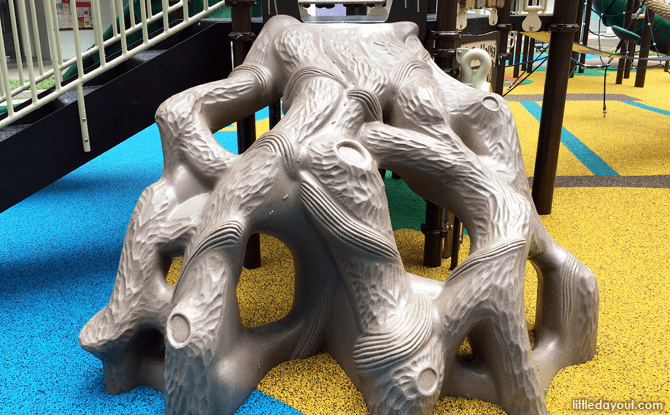 The Adventure Zone aims to satisfy active kids who wish to let loose around the playground. This has resulted in playground features such as spiral tube slides, climbers designed to look like the wooden bark of trees (in keeping with the treehouse idea) and various rope obstacles and climbers. 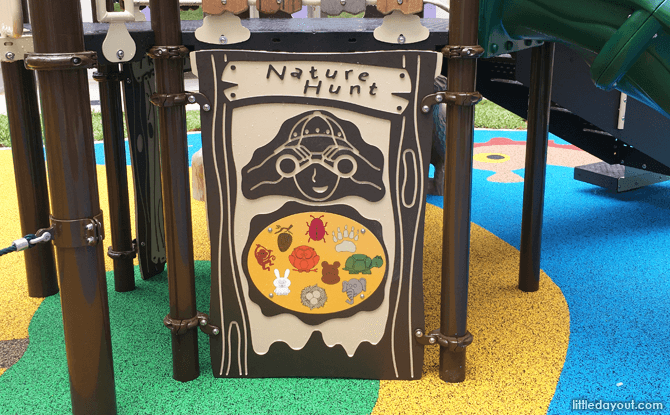 The playground’s Sensory Zone refers to features that encourage young children to be curious and explore. This includes a nature hunt activity panel, hand drums and talkie-tubes around the Adventure Playground @ Canberra. 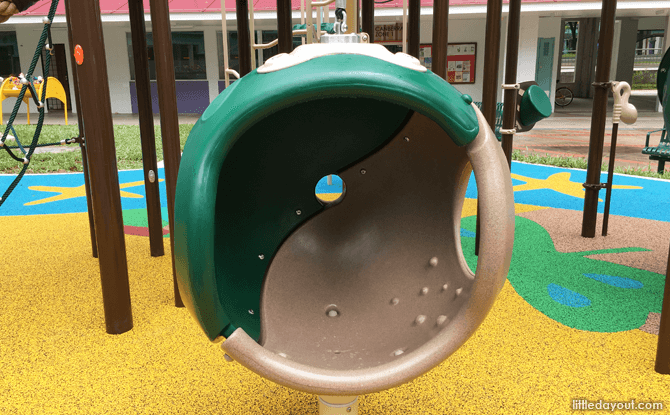 The last set of features, referred to as the Relaxation Zone, includes a Cosy Cocoon to chill out in and hammocks set amongst the ropes. 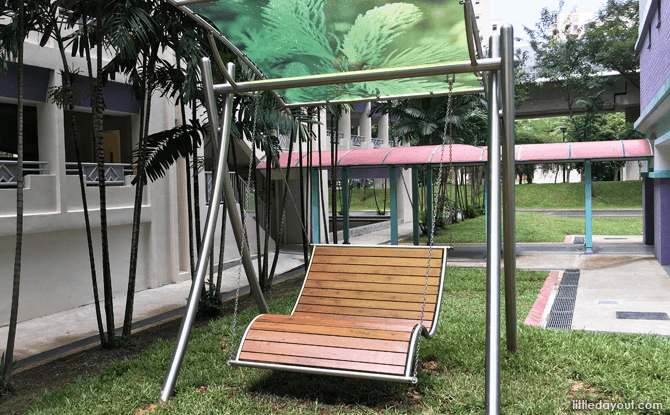 Complementing the playground’s Relaxation Zone is a Deck Chair Swing situated nearby. 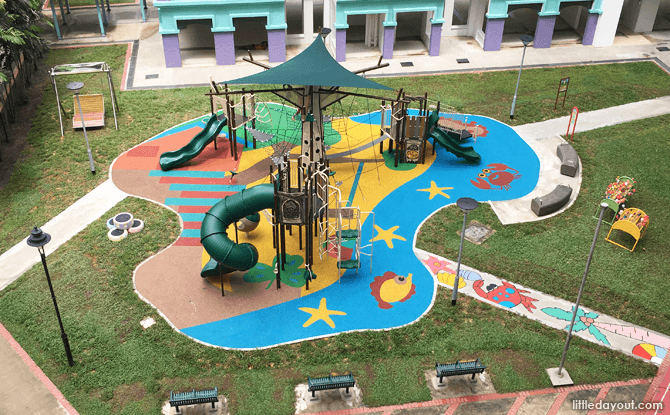 This is the first playground to be built under Housing & Development Board’s pilot Build-A-Playground (BAP) initiative. Similar plans are in the works for five other playgrounds around Singapore over the next few years. The playgrounds earmarked for the BAP initiative are those found at Tembusu Park at Choa Chu Kang, neighbourhood parks at Lorong 1 and Lorong 8 Toa Payoh, Seashell Park in Pasir Ris and Woodland Admiral Garden.