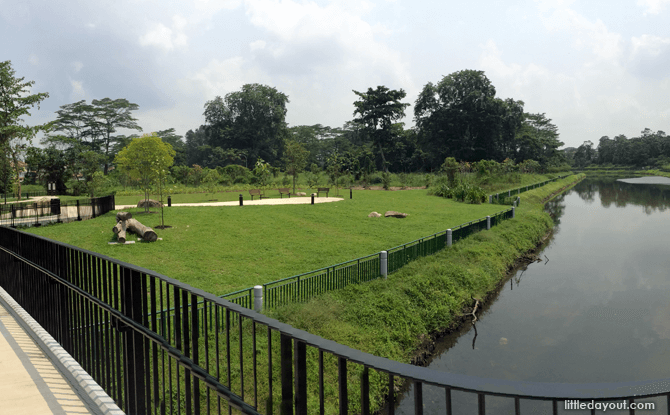 Springleaf Nature Park is in an area of high biodiversity due to its proximity to the Central Catchment Reserve, and serves as a habitat for over 80 species of resident and migratory birds.

The Springleaf Nature Park is the first of four new nature parks, serving as green buffers around the Central Catchment Nature Reserve, that opened on 1 November 2014.

The 6-hectare Springleaf Nature Park was formerly part of the Chan Chu Kang village – named after the headman Chan Ah Lak who acquired the land near Seletar River to cultivate gambier and pepper.

Put a spring in your step at this serene park with a waterway. Go on a trail walk and check out the observation deck for bird-watching. Due to its proximity to the Reserve, you and the kids may spot one of the over 80 species of resident and migratory birds, including the White-throated Kingfisher, Long-tailed Parakeet and Blue-tailed Bee-eater. Other amenities at the park include a rest shelter, toilets and a car park.