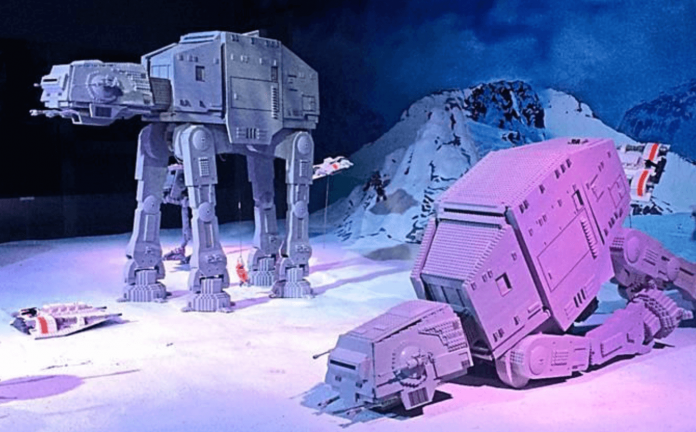 Attention, LEGO® Star Wars™ fans! We’re bidding the LEGO® Star Wars ™ Miniland model display at LEGOLAND goodbye. You can still enjoy the display until 31st December 2019 so be sure to visit before it’s off to a galaxy far, far away!

Naboo –  with its capital city, Theed and the Royal Palace, home to Queen Amidala;

Kashyyk – where the Droid Army’s amphibious assault on the home planet of Chewbacca and the Wookiees is depicted;

Mustafar – where the fateful duel between Obi-Wan Kenobi and Anakin Skywalker takes place;

Tatooine – where you’ll find the Cantina where Luke and Obi-Wan Kenobi first meet up with Han Solo, captain of the Millennium Falcon and his co-pilot Chewbacca;

Hoth – where the Empire sends massive walkers to attack the Echo Base and while Luke’s snowspeeder has crashed, the young Jedi is seen using his lightsaber to single-handedly bring down a giant AT-AT;

Endor– the forest moon which is home to the Ewoks and these small but resourceful creatures join forces with the Rebel Alliance to destroy the shield generator and prevent completion of the second Death Star;

Jakku –  it is on this desert planet where Resistance pilot Poe Dameron receives a map to Luke’s location and Stormtroopers commanded by Kylo Ren raid the village and capture Poe before she escapes in a stolen TIE fighter with Finn.