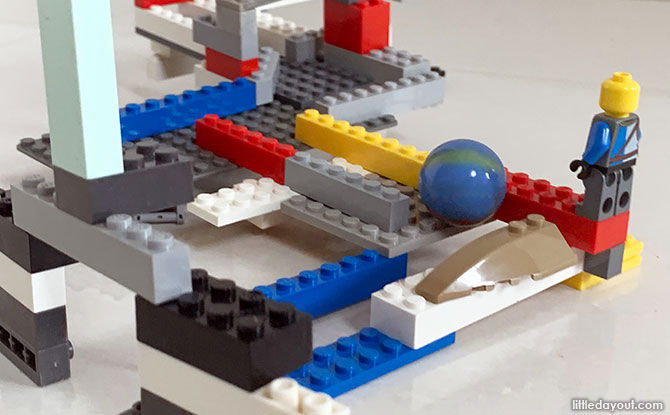 LEGO bricks invite kids to be as creative. A fun project which kids can undertake is to build a LEGO Marble Rollercoaster. It is an opportunity for them to be as creative as possible, while also trying to overcome some physics and engineering problems too. 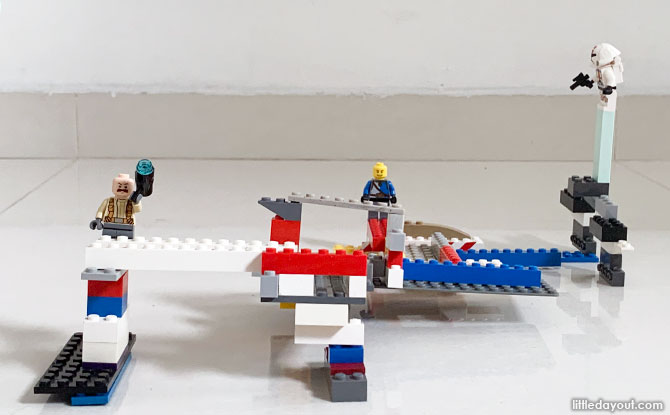 A LEGO Marble Rollercoaster can be built out of spare LEGO pieces that you have lying around the home. It is made up of a ramp where a marble is placed at one end, the starting point, and it travels by the force of gravity downwards to reach an end point. 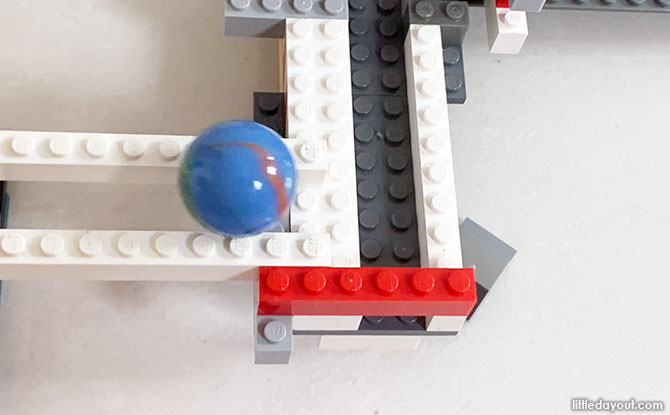 For our LEGO Marble Rollercoaster build, we made use of a larger size marble. It was large enough so that it could use of two pieces of LEGO, spaced apart by two studs, as a pair of rails for the marble to roll along. 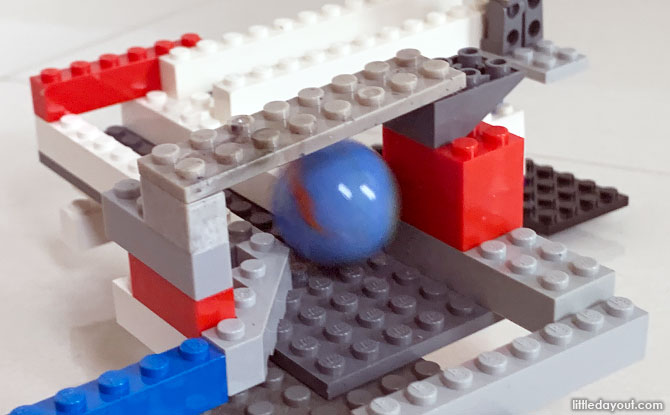 We also used boards to create a ramp for the marble to roll along. A set of guard rails made up of LEGO pieces, spaced apart by three studs, helped to keep the marble rolling within the channel.

The path of the LEGO Marble Rollercoaster was created by a combination of rails and ramps. 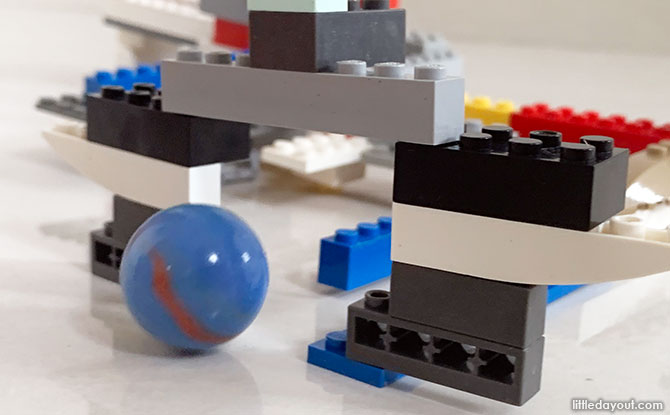 A lot of trial and error was involved in our build. A useful tip is to start your build from the bottom and work your way upwards. 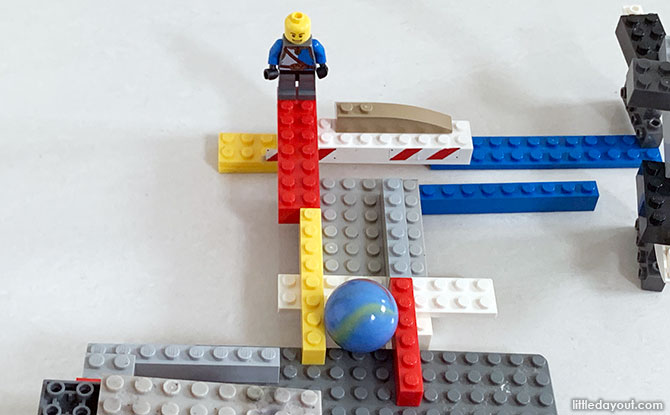 Don’t forget to decorate the LEGO Marble Rollercoaster that you have built. Use mini figures to cheer the marble along the way. 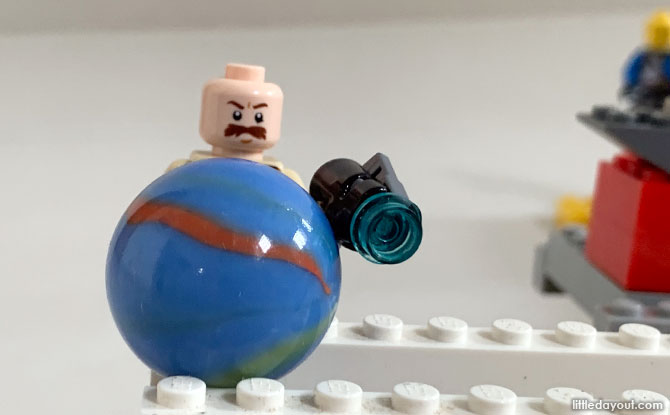 In our case, we also made use of a moustached mini figure’s arm as the gate at the start point.

Variations to Try Out 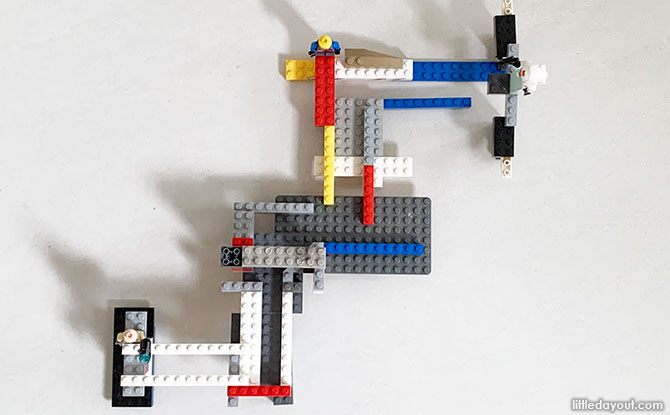 Challenge 1: Depending on how many LEGO bricks you have at your disposal (we wish we had more), one challenge that you can set for your kids is to demarcate start and end points and get them to build the rollercoaster to cover the span.

Challenge 2: Another variation is to set for them a set of requirements. For example, you can ask them to create a LEGO rollercoaster with at least two right turns, two left turns and one full turn.