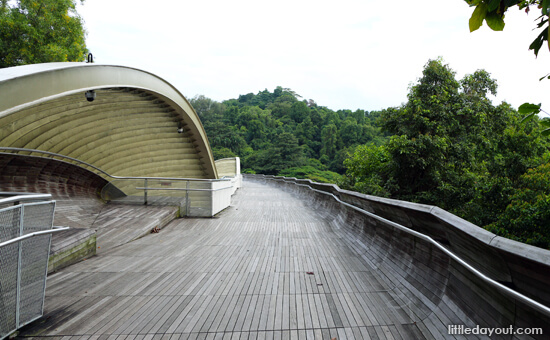 Standing 36 metres above Henderson Road, Henderson Waves is a wooden-decked pedestrian bridge spanning Telok Blangah Hill Park and Mount Faber Park. Its name reflects the undulating design of the bridge where the wave-like structures double-up as sheltered rest areas. From the bridge, you can get views of Singapore’s southern shore and occasionally, the ice-cream man comes along with his motor bike and ice-cream sidecar at the neighbouring Telok Blangah Hill Park to provide cool treats to the park’s visitors.