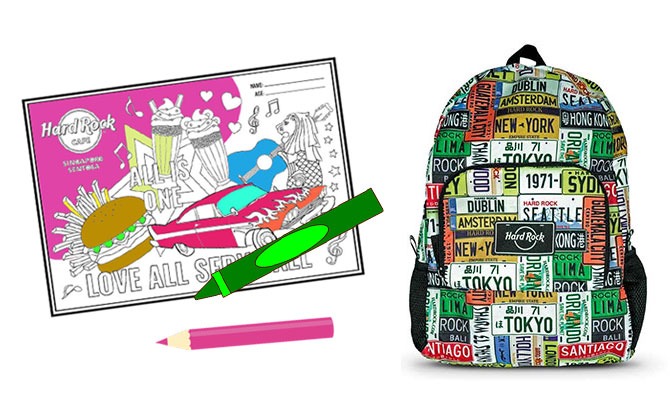 With the academic year starting up again in Singapore, Hard Rock Café is giving children a chance to exercise their creative side and win prizes to “rock out” as they head back to school.

Hard Rock Cafe is holding a “Back to School Colouring Contest” from now till 31st January 2021! It is a chance for kids to splash out and let loose with their creativity. 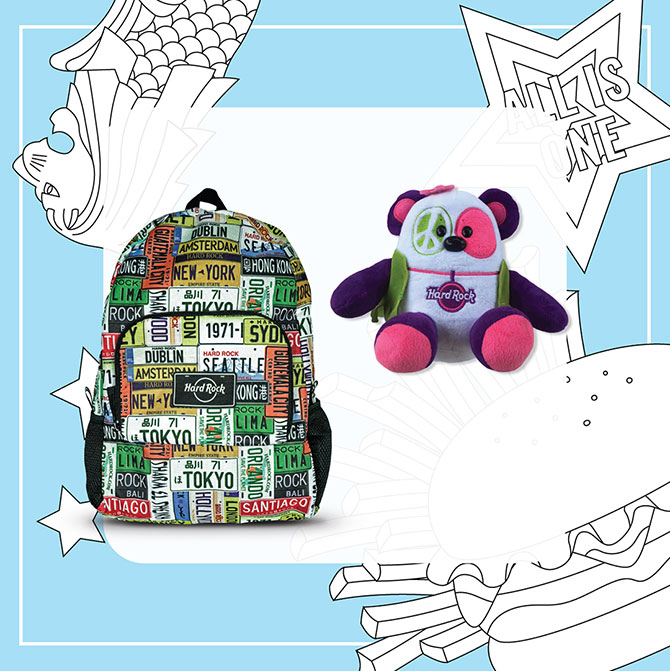 The top 10 entries for the colouring contest will win a trendy Hard Rock Cafe Backpack which features colourful license plates from Hard Rock cities around the world and a Hard Rock Cafe plush toy worth $78.

How to Take Part in the Hard Rock Cafe Colouring Contest

To take part in the Hard Rock Café’s colouring contest, parents can register their child’s interest using an online form found here. Participants must be 12 years old and younger. 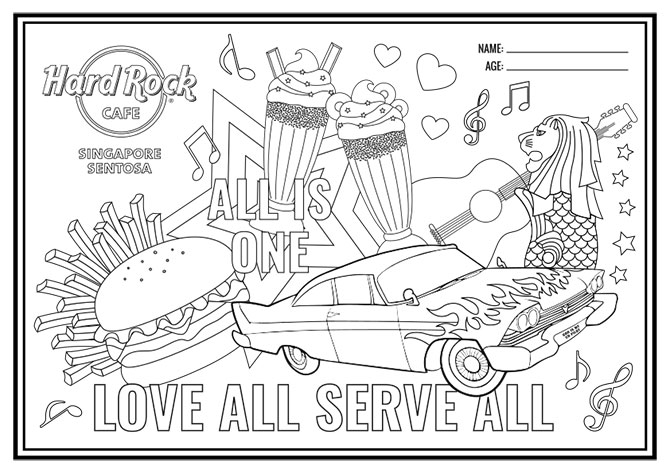 Oddly, or perhaps nostalgically, the colouring sheet also has a Cadillac and a Merlion – both icons which are no longer at Cuscaden Road and Sentosa respectively.

The entries for the Hard Rock Café colouring contest will judged based on creative use of colour, neatness, visual appeal and completeness.

If your child is interested to take part in the Hard Rock Cafe “Back to School Colouring Contest”, visit the website here.

Parents may also be interested to know that Hard Rock Café Singapore (at Cuscaden Road) is currently having a kids eat for free promotion. Details can be found here.

Bouncy & Inflatable Playgrounds In Singapore: 7 Places Where Kids Can Jump For Joy