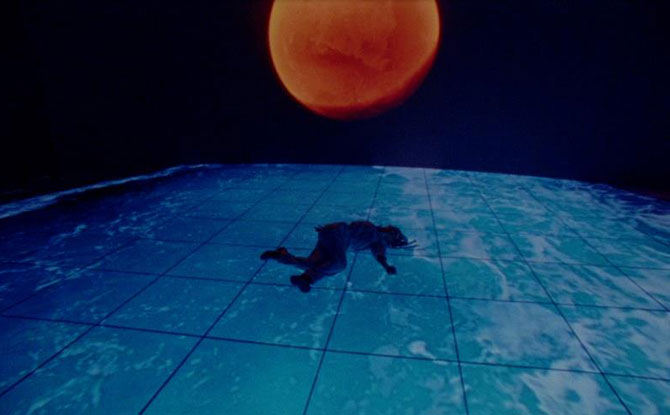 Beyond Earth at the ArtScience Museum, Marina Bay Sands, will present an all-encompassing season of space-themed Virtual Reality (VR) artworks and films that examine the mythology and science of space travel from 25 November 2021 to 27 February 2022.

Beyond Earth At The ArtScience Museum

Spacewalkers is a soaring exploration of life beyond Earth in two stunning Virtual Reality artworks presented at the Museum’s VR Gallery from 25 November 2021 to 27 February 2022. After making their debut at the 2020 Venice Biennale, the thrilling VR artworks place visitors in the shoes of astronauts during the famed Apollo missions and depict the future of space travel to Mars.

1st Step – From Earth to the Moon will take visitors on a jaw-dropping journey into space, following the Apollo programme, from launch to its return to Earth. In addition to stunning lunar panoramas reconstructed from Apollo 17 image archives, audiences will also experience the view from the perspective of an astronaut.

1st Step and 2nd Step are stunning VR films that have incorporated NASA recordings and data. They were produced by one of the world’s biggest VR production companies, Faber Courtial, in consultation with the European Space Agency (ESA).

Films exploring the dark and beautiful corners of space will be screened at ArtScience Museum from 22 November 2021 to 27 February 2022. This includes animated classics and critically acclaimed blockbusters. Family-friendly movies will run in November and December, while arthouse films will take centre stage in January and February.

These include Wallace and Gromit: A Grand Day Out, Moomins and the Comet Chase and Wall-E. Take note is a mix of both family-friendly and arthouse movies. Family-friendly movies will run in November and December, while arthouse films will take centre stage in January and February.