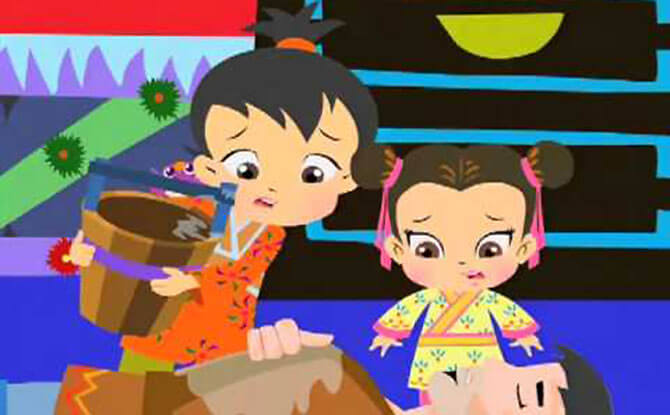 Many parents, including myself, face the struggle in appreciating Chinese as both a language and school subject. The key to mastering Chinese according to many experts, is to practise it, hear it and use it. Some homes may lack the essential cultural context. Instead of leaving it to the exasperated Chinese teachers or enrichment centres, why not introduce little ones to videos and let them watch these “learn Chinese cartoons” and videos to pick up more mandarin while enjoying listening to the “prim and proper” pronunciation.

Our tip: start screen time in Chinese so the kids get used to watching a Chinese medium rather than protest at the unfamiliarity.

Penelope Bear is a familiar character to some and the English version of the cartoon is shown on BBC channel. One of my go-tos when my kids were really young was Penelope Bear. We loved the whimsical illustrations and conversations between Penelope, her friends, family and teachers. Each episode is only five minutes long and covers much of Penelope’s life on learning to ride a bicycle, performing in a school parade, painting which are activities the little ones can relate to. I loved how Penelope’s parents were always so encouraging and patient with her, which is a great takeaway for parents as well. Check out the episodes here and have fun learning Chinese through these cartoons.

We like Taiwanese children’s shows for their fun-loving mascots and interactivity with their audiences. Singing, dancing, answering questions children ask is what the show is about. This is also another go-to for preschoolers and it makes learning Chinese fun and easy. This show is so popular it even has an entire range of merchandise for sale. Check out the videos either on Youtube or here. Just a tip, I personally prefer the older episodes for a “live tv” feel rather than the cartoon versions.

Another made-in-Taiwan production, Yoyo TV has different content for different ages. It has Chinese songs accompanied by the cast and graphics, reality TV, toy unboxing, Chinese learning and more. It’s a pretty comprehensive channel and parents (and kids) have plenty to select from. Check out Yoyo TV here.

This is a Chinese animated series about sheep versus a clumsy wolf. You could possibly anticipate what will happen whenever the wolf thinks of attacking the sheep. Children will probably be really tickled with the animals’ antics. See link to official Youtube channel.

Octonauts would be familiar to many of the kids. We love the focus on learning about marine creatures and was delighted to find the series dubbed in Mandarin. It could be a little challenging to grasp as the names of the animals are all in mandarin, hence parents can sit next to their child to watch it together. Screentime can also be bonding time, right? Official Youtube channel is here.

Another popular series found in both print and TV, Berenstein Bears is about a family of bears and their adventures. From bullying, money management, sibling rivalry and decision-making, the topics are relevant and relatable to families. We also like how they teach values to the kids. Examples of episodes can be foundhere.

A cheeky, intelligent Superhero pig who loves lollipops – clearly is a great formula for a kid’s cartoon. It definitely works as both my boys love this show. The pig aptly named “GG Bond” has superhero powers and a team of superhero friends who battle fierce robots and other baddies. The show celebrates friendship, courage, integrity and also discusses environmental issues. All episodes can be found here.

Little Fox Chinese is a Youtube channel screening songs, stories, Chinese lessons for different grades of students – from beginner to advanced levels. We liked the stories on Sun Wu Kong (Monkey King) and folktale series which are all well-produced. You can also show your children videos on learning hanyu pinyin via songs and Chinese through repetitive words in songs. Link to channel here.

Netflix subscribers can easily change the kids’ shows to be dubbed in mandarin pretty easily by selecting the audio language under the “Audio and subtitles” tab. Our recommended shows include Hilda, Storybots, Super Wings and Magic School Bus.

For parents who prefer a more localised context, you could show your kids Tao Shu which is a locally produced cartoon series. Discover Chinese cultures, customs and traditions in the educational show which also features kids exploring certain Chinese traditions such as Kungfu and learning to use chopsticks. Watch Tao Shu here.

With Toggle’s recent rebrand to Mewatch, viewers can still see the local productions via “series”. Shows such as Junction Tree, Mark Your Calendar, I Can Cook Too!, Fresh Farmers are great ways for children to learn the language through stories, significant dates, cooking and even farming. Choose from the selection here.

For older children, you might want to engage them in current affairs, social commentaries, history and cultural documentaries. Browse this link for the selection.

Don’t just Watch but Use the Language too!

While using screentime can be an effective way for quick language acquisition, we strongly advise parental guidance and support when enjoying the videos. Of course, more ideal ways of learning Chinese include writing, reading and using it in daily conversations! Perhaps discussing the show after watching it, answering some questions in mandarin or even penning down some thoughts in Chinese can help parent-child bond using the language. You might even brush up on your own Chinese just like me! 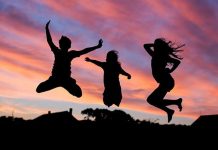 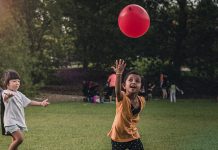 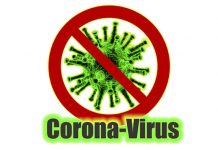 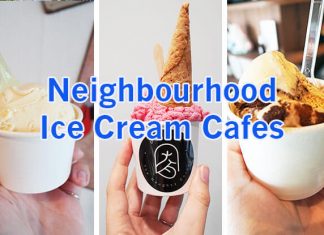