Home Events “The Prince and Pauper” in Mandarin 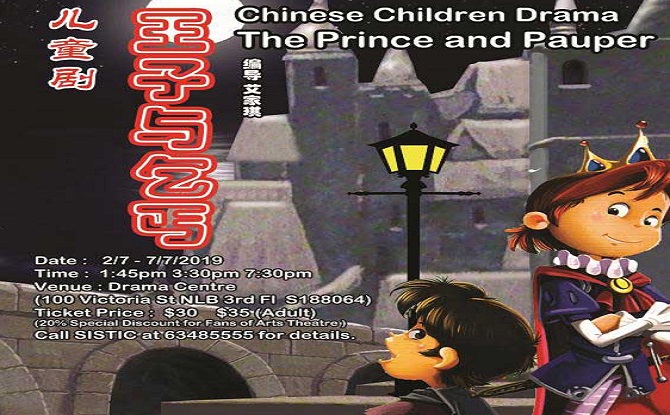 Due to an accidental coincidence, Prince Edward and Tom Canty, who looked like each
other, exchanged clothes, which led to the reversal of fate. Living on assumed positions, the two teenagers learned a lot during this period. Prince Edward deeply understood the hardships of the people, and Tom also experienced the hardships of ruling a country.

However, Prince Edward and Tom’s identity change was discovered by the evil Count. The
Count wanted Tom to become King so that he can rule the country through Tom. The Count
threatened Tom with the life of Tom’s friend. At the same time, the Count sent his men to kill Prince Edward outside the palace…

How will Prince Edward and Tom Canty escape the danger and return to their rightful
positions?

“The Prince and Pauper” in Mandarin