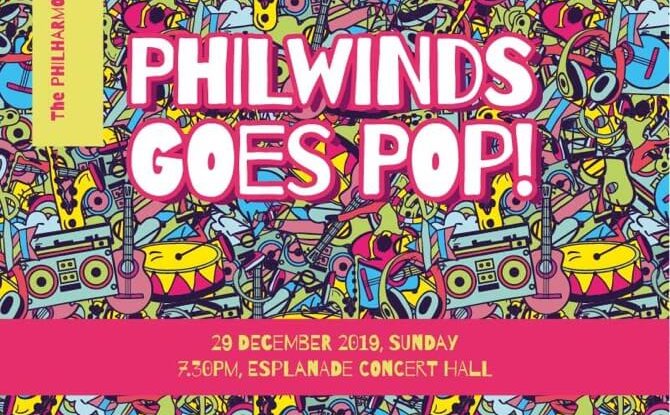 Get set for the return of the extremely popular Philwinds Goes Pop series! Previous runs of this concert series have sold out quickly, and its return is widely awaited by many of The Philharmonic Winds’s supporters.

For this instalment, The Philharmonic Winds is collaborating with the Lee Wei Song School of Music, well-regarded for its track record of producing pop stars in Singapore, as well as for growing professionals in the Asian pop music arena. Principal Jay Lim will personally be presenting a ballad, and leading his team of four singers in various popular hits, orchestrated just for The Philharmonic Winds.

Look forward to special arrangements of the latest hits, including songs by Stefanie Sun, A-Lin, Jam Hsiao, and music from the soundtrack of hugely-popular movies, Bohemian Rhapsody and The Greatest Showman. As always, surprises are aplenty for those who turn up — including a K-pop hit or two! Get your tickets now!