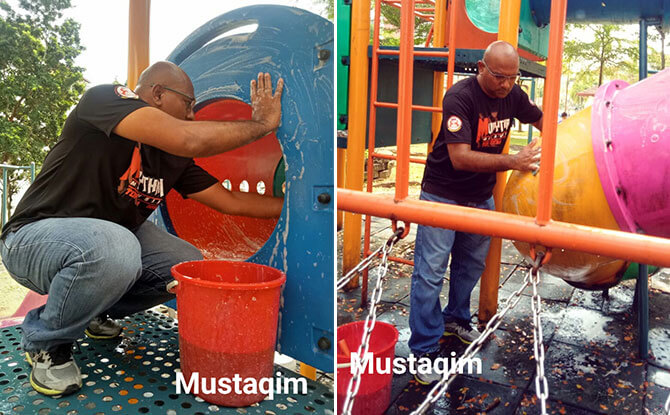 With the outbreak of the coronavirus, one man decided that he would help play his part by cleaning up a playground in a local park in Malaysia.

On Saturday, 8 February 2020, Mr Mustaqim Kumar Abdullah Sooria spent the morning, armed with soap and bucket, washing down the children’s playground at U8, Bukit Jelutong.

He said that even though some people had laughed at him, he felt it was important to do so in order to protect the children who use the playground.

The response on Facebook to his actions have included thanks and respect for setting an example. The original post has received 16,000 likes and been forwarded 2,400 times.