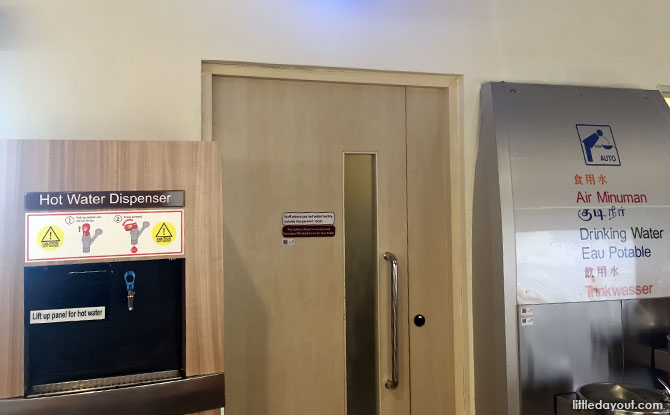 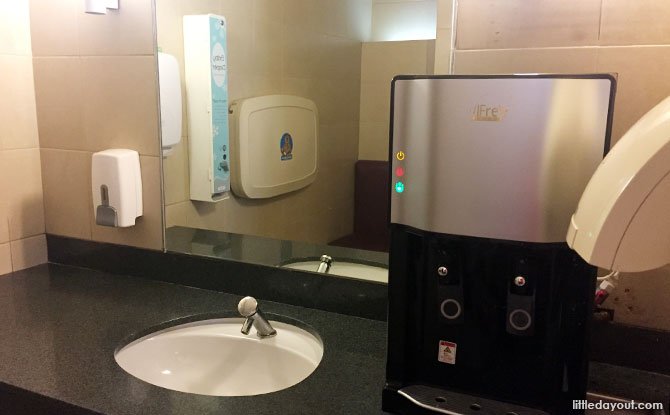 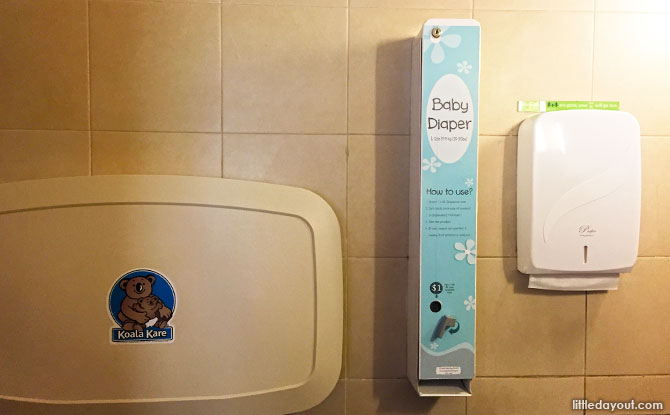 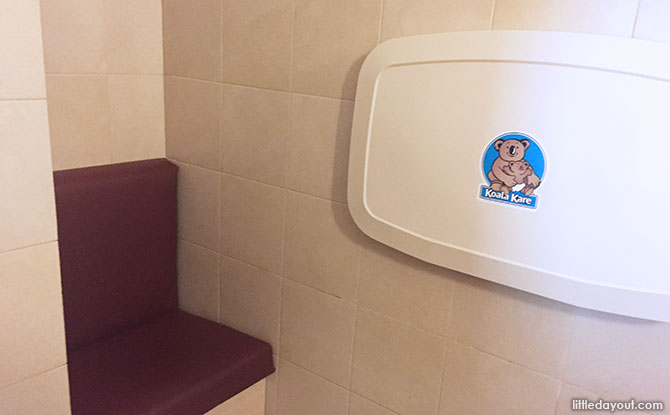 The nursing room located near gate holdroom F33 is also similarly equipped with a sink, hot and cold water dispenser, baby diaper dispenser and a foldable diaper changing station. There is also a lockable breastfeeding area with a cushioned seat for mothers to have some much-needed peace and privacy.

Find our MEGA guide to the nursing rooms in Singapore here.

The nursing room at Waterway Point is clean and painted in soothing shades of blue with colourful illustrations of houses. The nursing room is also decently equipped with a bench, sink, hot and cold water dispenser as well as a padded diaper changing station. Nursing mothers who need a private space can seek refuge in the breastfeeding room which is lockable and consists of a comfy armchair, a small ledge and an electrical point. Do note that you need to press the intercom in order to use the room, a security measure to ensure that the nursing room is not misused.

Find our MEGA guide to the nursing rooms in Singapore here.