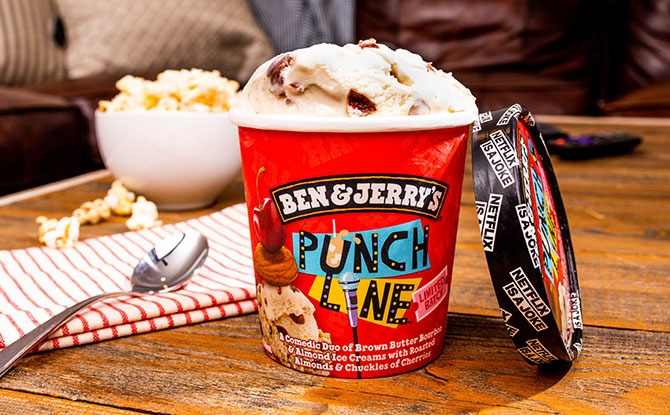 Ben & Jerry’s Punch Line ice cream flavour is intended to tickle the taste buds with a mix of crunchy roasted almonds and sweet cherries. This the combination of nuts and cherries is mixed into to brown butter bourbon and almond ice cream.

According to Ben & Jerry’s, “It’s the perfect companion for every occasion, whether just chilling with your favourite Netflix comedy specials, shows, or films” 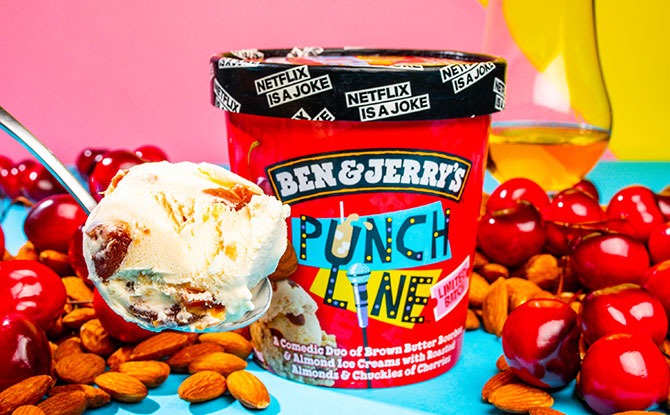