Home Nature Animals We Got To See How Elephants Are Cared For At The Gentle... 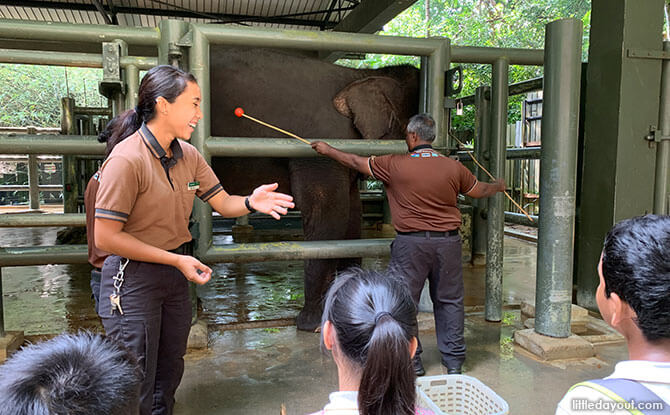 Elephants are amongst the world’s most majestic creatures. The largest land animals on Planet Earth are not only intelligent but can be playful and have loads of personality too.

At the Singapore Zoo, we are usually only able to view these amazing animals from the spectator area at the Elephants of Asia exhibit. However, we were recently given the privilege of going behind-the-scenes, together with some lucky children from Zhangde Primary School, to meet the elephants on a preview of the Singapore Zoo’s Gentle Giants Wildlife Tour. 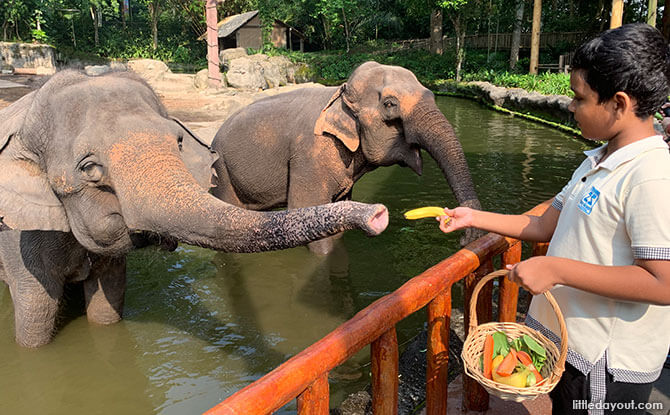 Our experience started at the Elephants of Asia spectator area with an elephant reception party. It was the opportunity to “meet-and-feed” the mighty beasts.

Reactions from the kids ranged from happily passing carrots from hand to trunk, to shrieks of “I’m scared” as they gingerly approached the elephants. 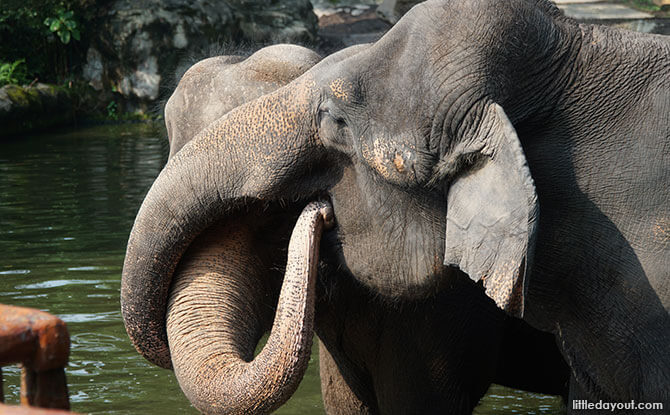 It was a good way to get warmed up to the massive mammals. 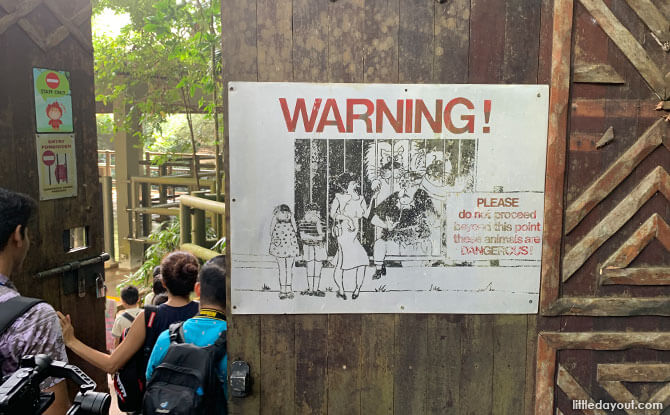 Next came that the part of the Gentle Giants Wildlife Tour that we had all been looking forward to – the visit to the usually-off-limits back-of-house area. 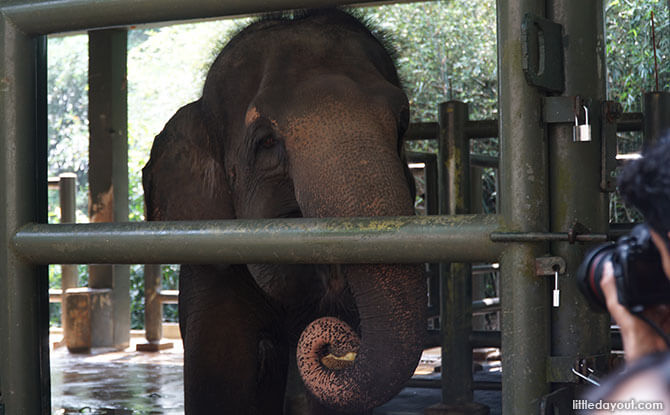 Here, we got to meet Intan, a 24-year-old female elephant. 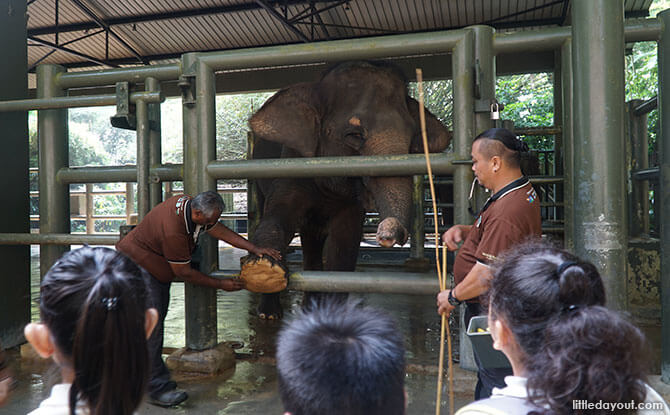 Singapore Zoo’s elephant keepers Seya Rama and Clement Bayang demonstrated how they take care of the elephants while we stood safely behind a marked yellow line, Husbandry duties range from routine care for the elephants’ feet to feeding medicine to sick elephants. 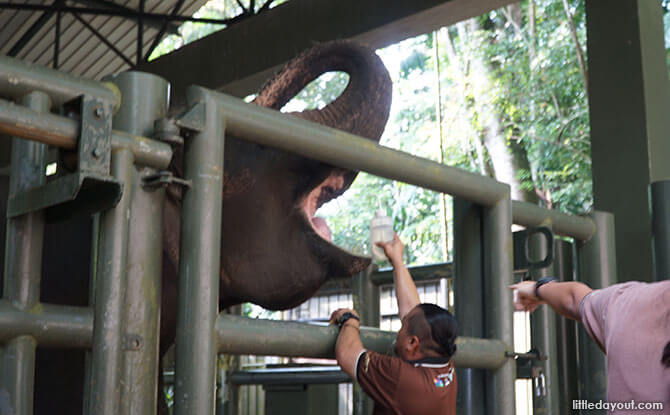 We found out that elephants do not like the taste of bitter medicine but the elephant herd and animal care team have devised way of getting them to take it by giving them a treat with the medicine. Sounds familiar, parents? 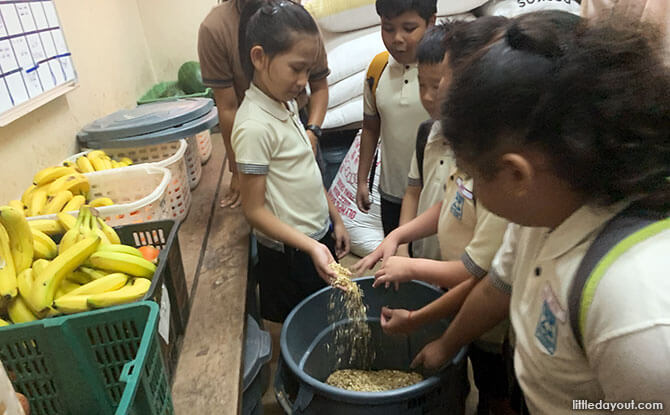 We also got a look at the elephant food storage area where 100 kg of food is prepared for the elephants every day.

It was an exciting opportunity to learn about elephants in an intimate setting. This is the first time that Singapore Zoo is having a back-of-house tour of the elephants’ enclosure for the general public. It is being organised in conjunction with its 2019 year-end school holiday special A Mammoth Adventure Back in Time.

The Gentle Giants Wildlife Tour runs on Wednesdays, Saturdays and Sundays only from 16 November to 29 December 2019, at 1.30 pm. Fees for the tour (excluding park admission) are $98 for adults and $65 for children from 3 to 12 years old.

Enquires about the tour can be made through the Singapore Zoo’s website.