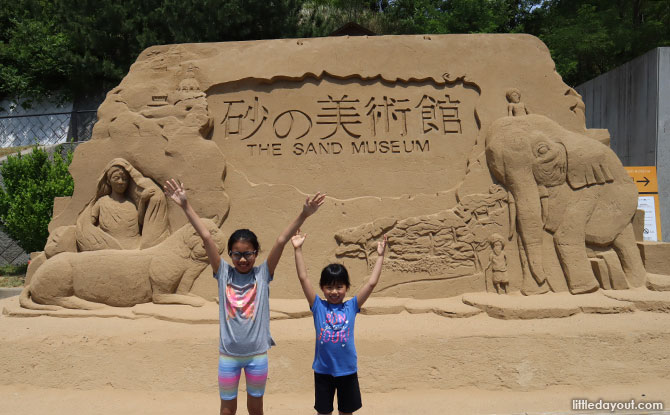 Tottori Sand Museum is an interesting one-of-its-kind museum. Think of Sentosa Sandsation but on a larger scale, compacted in a cool warehouse-like facility. It is after all the world’s first indoor facility dedicated to sand sculptures.

We were on a day trip to view the natural world of wonders at Tottori, which is northwest of Osaka. We had travelled from Okayama to Tottori, making our way from the quaint Downtown Tottori to the Sakyu Center Observation Deck. 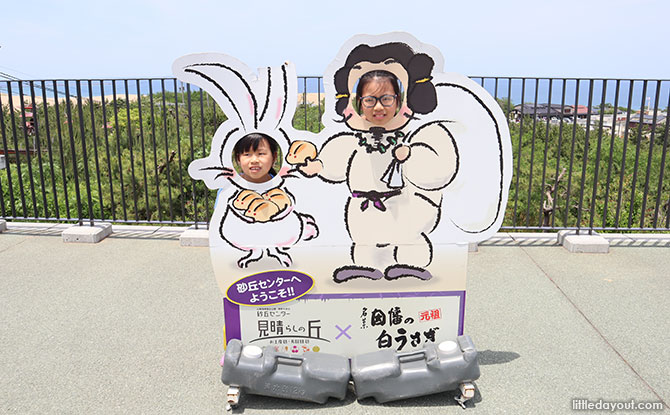 From the deck, a ginormous beach greeted us in the distance. 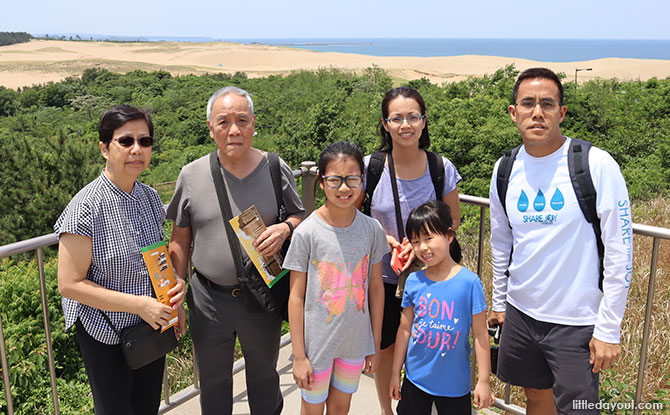 If we had gone on the chair lift, perhaps, we could have gotten a greater sense of the granular grandeur that rolled on and on till it disappeared into the blue horizon. 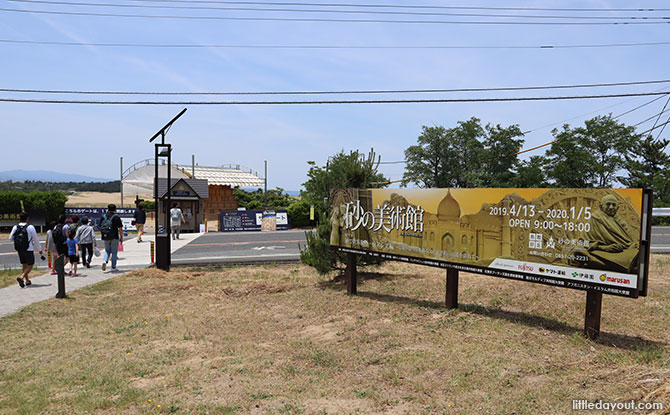 However, the magnificent contiguous carpets of sand had to wait, as the secondary entrance to the Tottori Sand Museum was the nearer five-minute stop we had to head to first before we could hit the dunes. 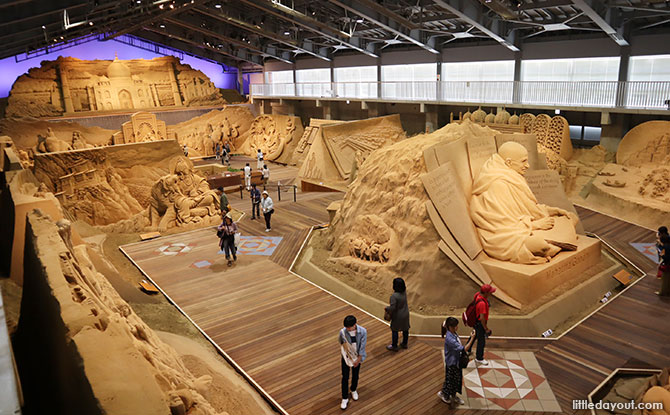 The Tottori Sand Museum features artworks sculpted from sand by famous artists from all over the world. 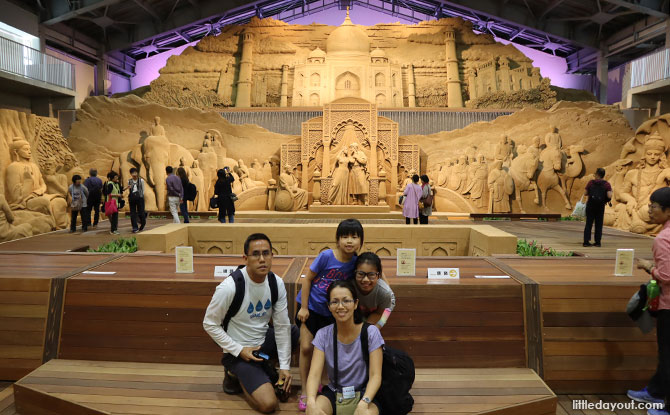 The thematic exhibits, usually focusing on a country or region, change yearly and the museum is closed from January to April to prepare for the new exhibits. Be sure to check out the dates they are open on their official website before you plan your trip. 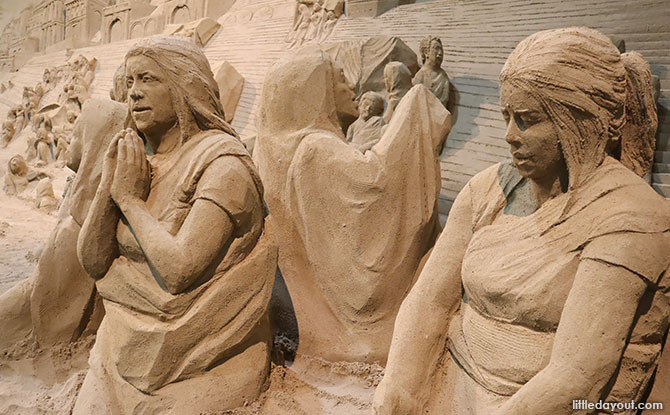 At this 12th exhibition and we were treated to sights of South Asia, “Travel Around the World in Sand – South Asia: “Religious Devotion, Diverse Cultures, and the Road to Peace.” So, there we were in Japan on another extended holiday around South Asia. 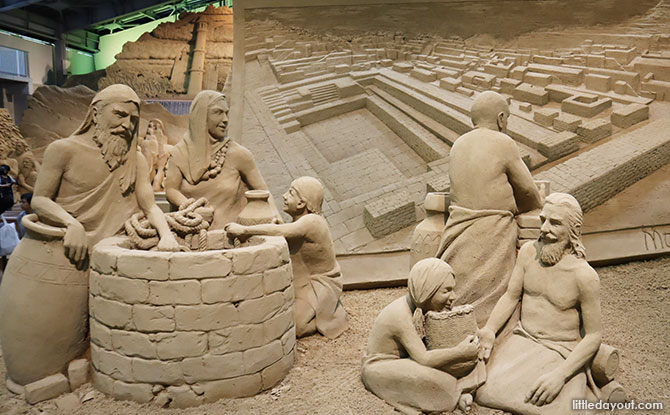 Going back in time to the Indus Valley Civilization. 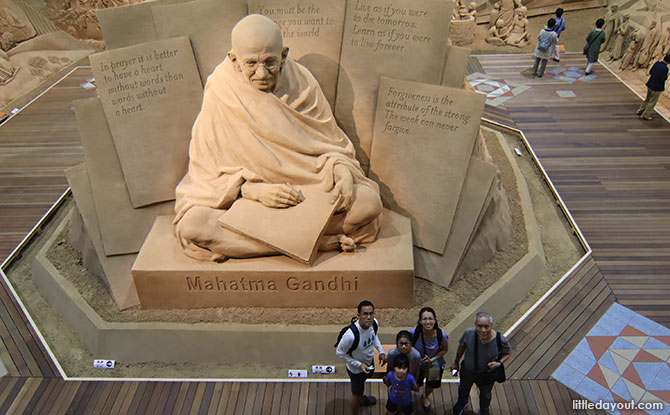 Encountering the giant of a man in Mahatma Gandhi. 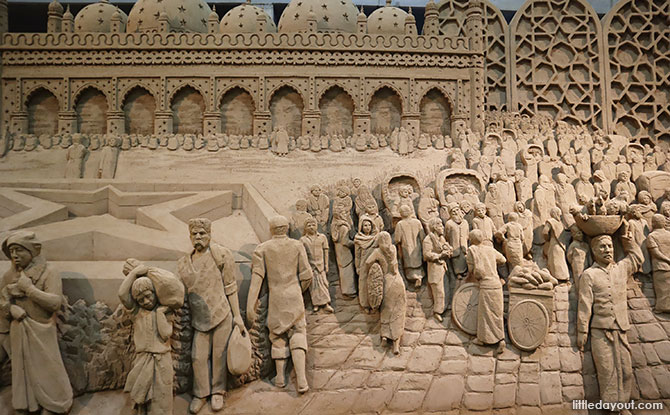 Getting a tour of mythology and religion carved out in context. 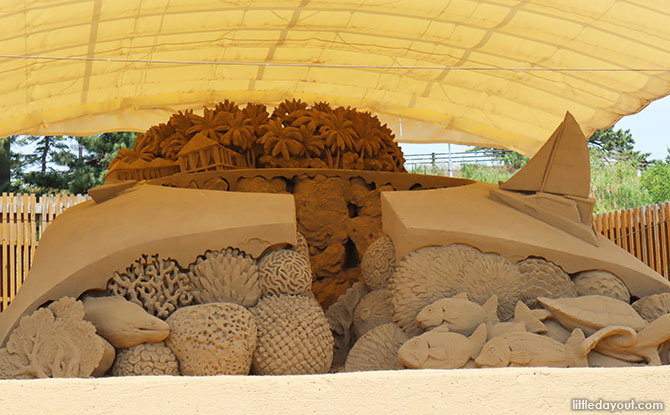 Checking out the awesome Jewel of the Indian Ocean – The Maldives. Needless to say, it was an enriching and eye-opening kaleidoscope as we moved from one sandsational scene to another. 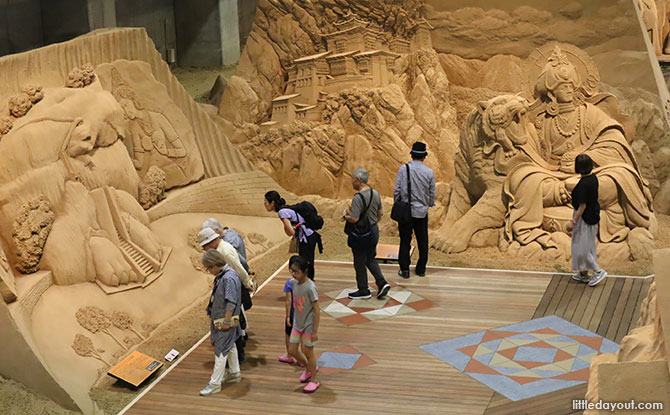 The visit to the Tottori Sand Museum was well worth it. 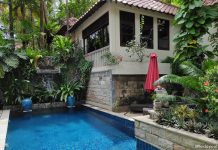 Family Holiday: Glamping it Out at The Canopi Resort, Bintan

Kampong Glam with Kids – 5 Things to See and Do...

Character Cafes in Singapore: Cute, Themed Cafes To Hang Out At