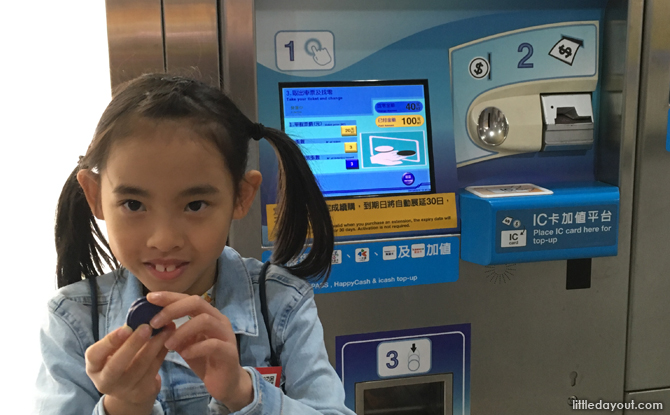 Taipei is known for its well-planned public transport. The Mass Rapid Transit (MRT), in particular, has made travelling within the city a very convenient affair. Wondering if it’s a good idea to take the Taipei MRT with kids while holidaying in the city? We experienced it first-hand on our 6-day family trip in Taiwan with Taipei as our base, and the answer is a resounding ‘Yes’!

As we stayed within walking distance of Ximen Station, the MRT was our main mode of transport to and from places of interest such as Taipei 101, Shilin Night Market and the Taipei Zoo. We never had to wait long, the journey was always smooth and changing trains wasn’t much of a hassle. 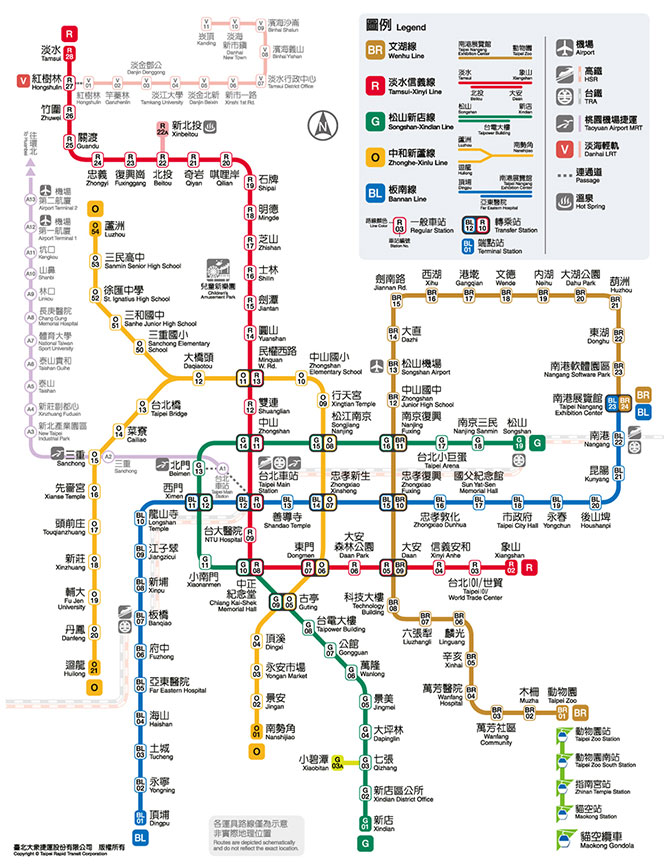 The Taipei MRT network consists of five main lines. On the route map and signage, these lines are colour coded and easily identifiable. They are named after the districts that they connect, and are usually referred to by these names rather than by colour.

Part of the fun in taking the Taipei MRT with kids is getting them involved in the travelling process. Depending on the age of the children, they can help in planning the route, identifying the stations on the MRT map, inserting coins to buy single trip tickets, or listening out for the correct station to alight. 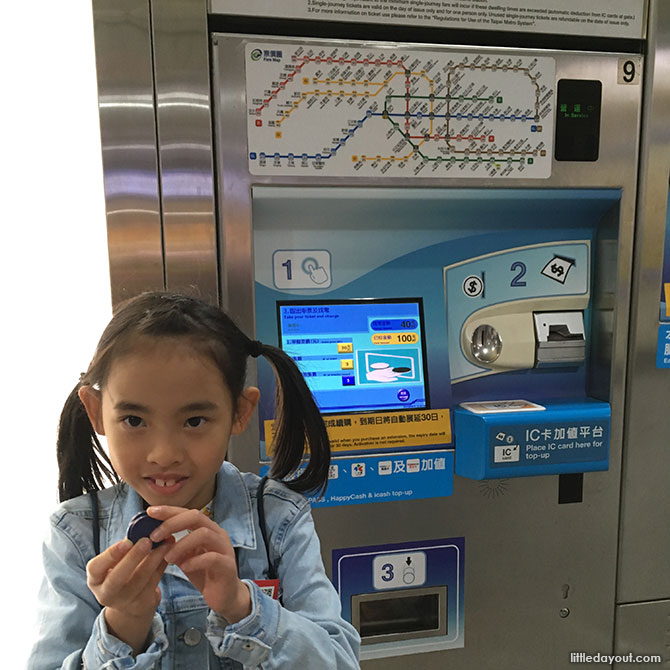 Our eight-year-old was extremely eager to buy tickets (in the form of tokens) for the family at the ticket machines. Because we stayed at a rather central location, we found that we didn’t need to travel very far to reach the attractions in Taipei. Single-journey tickets at NT$20 to NT$65, depending on the distance, worked well for us. We found ourselves paying around NT$25 to NT$30 each for a trip most of the time.

If you think that you’ll be travelling more on the MRT, travel passes such as the One-Day Pass and the Taipei Fun Pass may be better options for you.

Most of Taipei’s places of interest are accessible via the MRT. For example, we took the Tamsui-Xinyi Line (red line) to the Taipei 101 Station, which was just a short walk to SiSi Nan Cun and Taipei 101 Observatory. 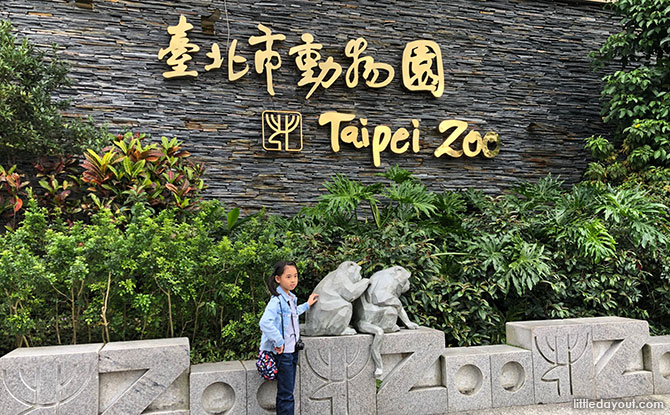 To get to Maokong and the Taipei Zoo, we took the Songshan-Xindian Line (green line) and changed to the Wenhu Line (brown line). The journey didn’t take very long even though the Taipei Zoo Station was right at the end of the brown line.

At some of the stations, the public art became an attraction for us. We followed an art trail from Zhongshan Station all the way to the Museum of Contemporary Art, Taipei and it was a fun adventure for our little one as she discovered artwork after artwork while walking to the museum. 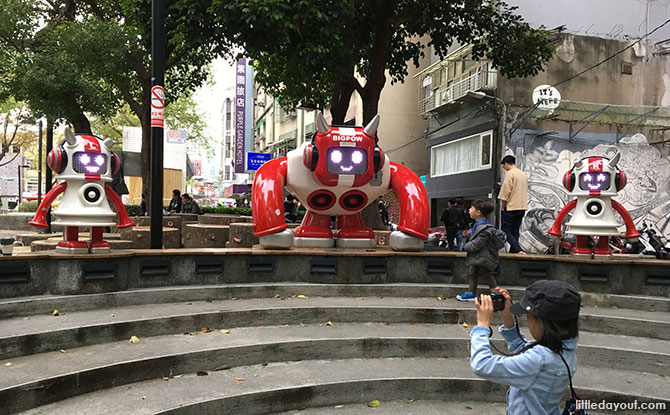 Upon asking the museum staff, we discovered that the art trail was part of a collaboration with the Taipei Metro. 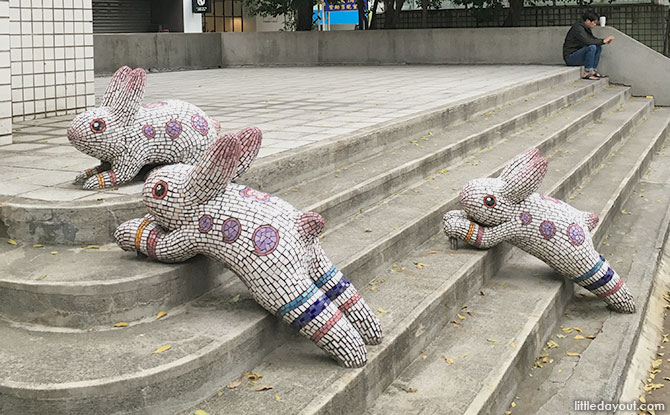 Well Linked To Other Modes Of Transport

Another thing to like about riding the Taipei MRT with kids is how well it is connected with other transport modes.

The Taipei Main Station is a transport hub, linking tourists and locals alike conveniently to the Taiwan High Speed Rail (THSR), Taiwan Railway and Taoyuan Airport MRT. We took the MRT to the station to transit to our THSR ride to Taichung. Following signs in both Chinese and English at the station, we arrived at the designated THSR platform in good time.

There are also many waiting taxis outside Taipei’s MRT stations. For destinations that are further from the stations, we simply took the MRT to the nearest station and flagged a cab from there. Taking a taxi in Taipei is generally inexpensive. Just make sure that you have the destination address written in Chinese for the taxi driver as most do not speak English.

Best Mode Of Transport Within Taipei

For us, taking the MRT was the best way to travel around in Taipei. It was efficient, cost-effective, the trains were always clean and punctual, and there was no need to worry about traffic jams.

Of course, there were peak hour crowds, but that would be the same anywhere else. Plus, you can always plan your day to avoid the peak hour crush.

We enjoyed our time in Taipei getting around via the MRT. Unless you have more than a few very young children or elderly folks travelling with you, you can consider taking the Taipei MRT with kids too! 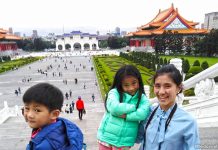 Yehliu Geopark, Taiwan: Meet The Queen And Be A “Light Bulb” To Kissing Rocks 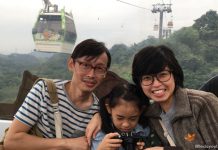 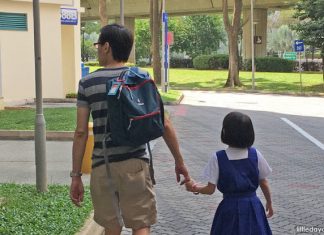