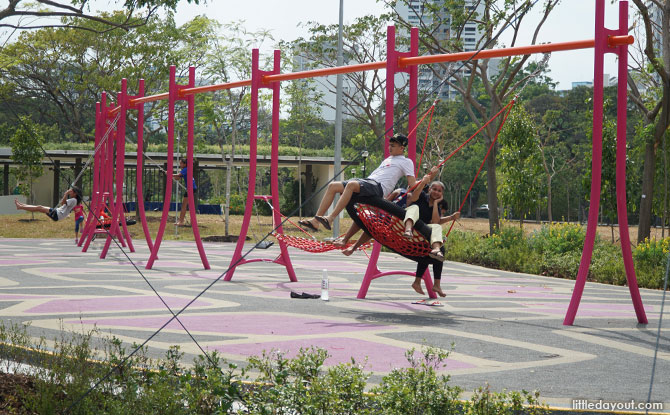 East Coast Park keeps changing and a case in point is Raintree Cove. Previously, it was the location of a rare Burger King drive-through. It was also home to several tennis courts and, at one time, even a beachside indoor playground.

Now, these facilities are long gone. In its place is an open lawn with a variety of swings for those who wish to stop by. 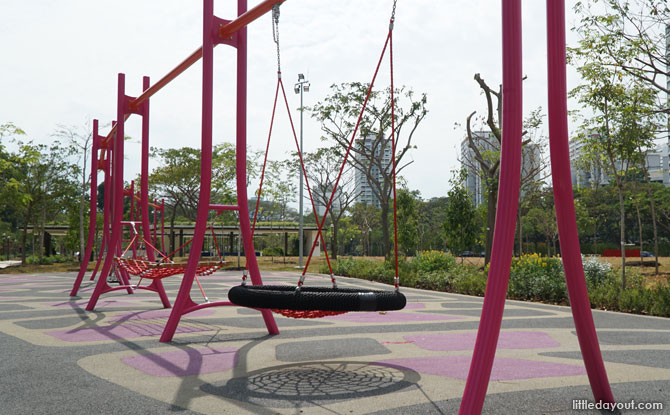 The most prominent feature at the Raintree Cove is a row of red swings. This large swing set is made up different swing types. 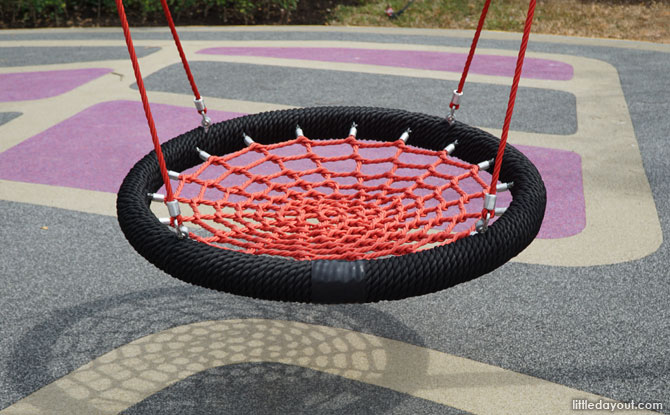 At the outer ends of the swing set are circular-shaped “basket” swings. These are able to accommodate groups that wish to swing about together. 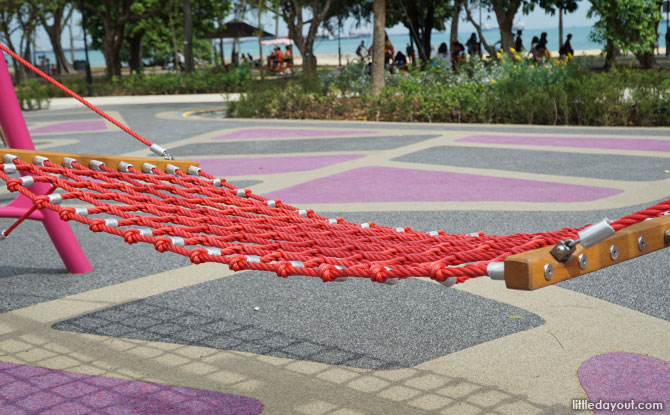 There is also a hammock-look-a-like swing, perhaps good for couples to sway about while looking out to the sea nearby.

In the middle of the line of swings at Raintree Cove are four “traditional” single-seater swings. 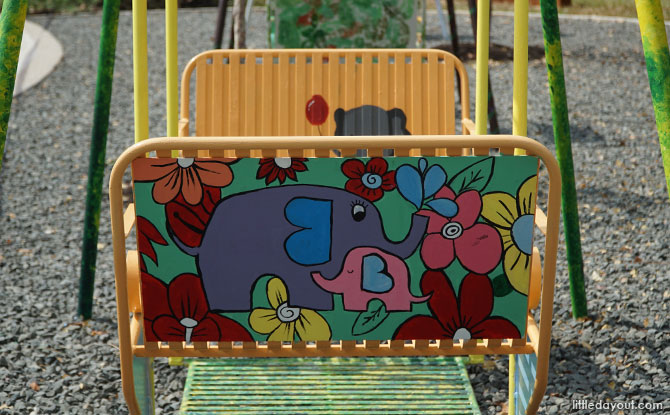 Adding to the swinging vibe of Raintree Cove are several garden variety swing sets. Artistically decorated, they add a pop of colour to the lawn. 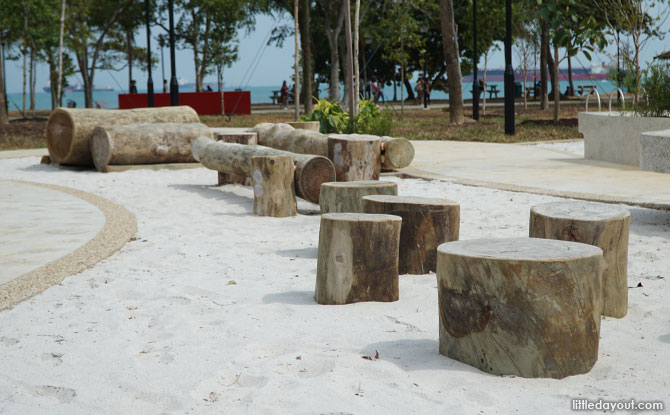 Another play feature at Raintree Cove are a set of logs that form a mini-obstacle course. Go hopping along stumps of different heights to get from one side to another. 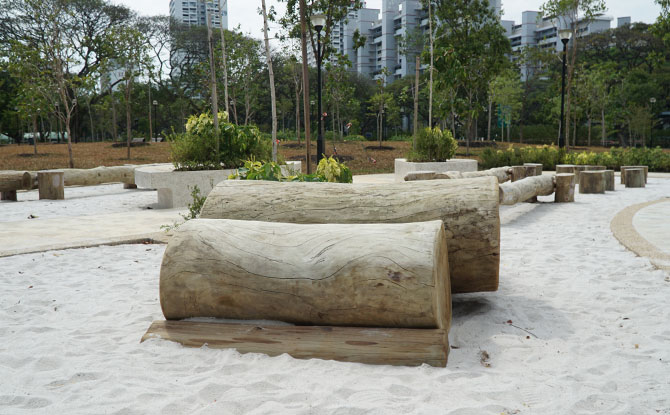 There is also a mini-Jacob’s Ladder made of horizontal logs that offer a fun challenge. 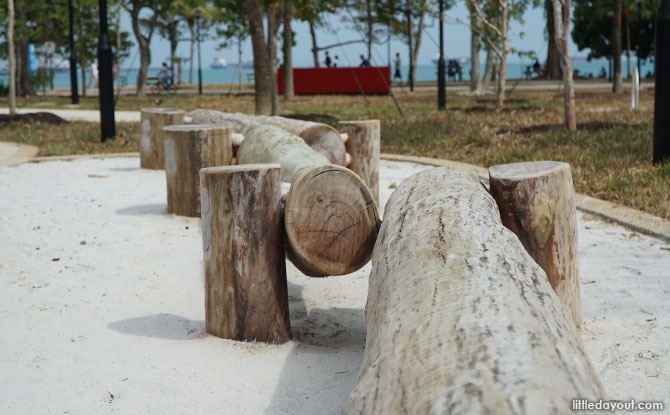 This log course also has a set of balancing beams made from logs. Test your balancing skills on this “natural” obstacle course. 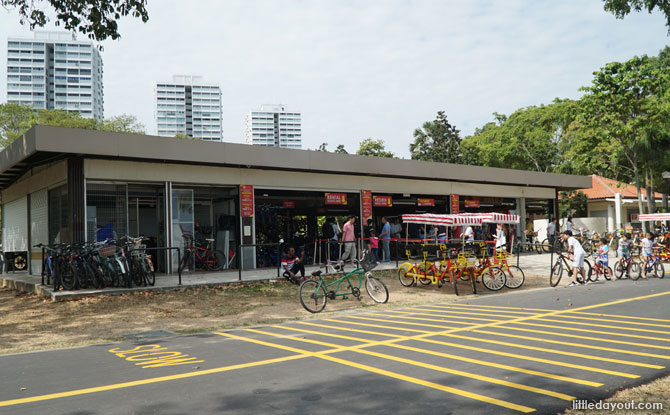 A short distance away from Raintree Cove is a bicycle kiosk. It was doing a brisk business when we visited on a Sunday afternoon. 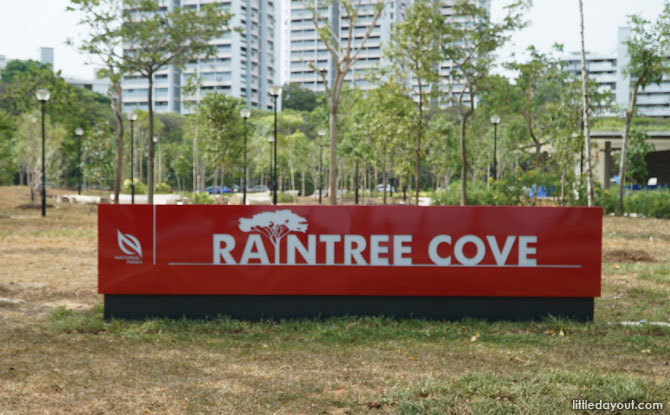