The Indian Heritage Centre at Little India provides a look at the ties between South Asia and Southeast Asia and the history of the Indian community in Singapore. Spread over two floors, the Indian Heritage Gallery’s permanent collection is divided into thematic zones. Through exhibits and artefacts, the Centre’s collection tells the story of early Indian pioneers and local leaders.

Exhibits at the Indian Heritage Centre

For those visiting the Indian Heritage Centre, here are five exhibits that you can look out at its different thematic zones.

This is an 11th century statue of Agastya, a revered sage of Hinduism. It was made out of volcanic stone in Indonesia and is evidence of the early cultural exchange between India and Southeast Asia.

Early migrants from India to Singapore brought along with them their traditions and practises. This led to the introduction of traditional trades from South Asia to Singapore. A series of four pictures depicts some of the occupations that were introduced to Singapore. See if you can guess what they are.

There were many different waves of South Asian migrants to Singapore. Each wave brought with them different occupations. You can view a display of the various dress and tools associated with the different occupations. Among the items on display are two milk cans. These cans represent how milk used to be sold in the past and represent an interesting contrast to the disposable paper milk cartons now found in supermarkets.

This reproduction of a 1966 draft of the National Pledge which was written by Mr S. Rajarantnam, then Minister of Foreign Affairs. It is illustrative of the contributions made by key figures in the Indian community to Singapore’s nation-building efforts. 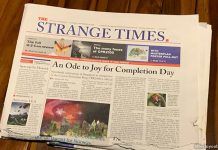