Most adults think of KidZania Singapore as a city just for kids and parents are relegated to the role of chaperones. However, there are 19 parent-child activities at KidZania Singapore that allow parents to get in on the action too.

These parent-child activities at KidZania Singapore let parents to play a more active part in their child’s role-play and learning process.

Explaining, Mr Leong Yue Weng, KidZania Singapore’s General Manager said, “One year on, KidZania Singapore has taken in the feedback of adults and children alike, and we are evolving to better suit the needs of families locally as well as in the region. We have implemented more parent-child role-play activities within the park, to encourage parents to take a more active role in their kids’ education process.”

Here are the 19 establishments around KidZania Singapore where parents can role-play alongside their children.

Kid’s Roles: Customer
Adult’s Roles: Makeup assistants help to do a makeover for their kids

READ: 14 Things to Know If You Are Planning to Visit KidZania Singapore 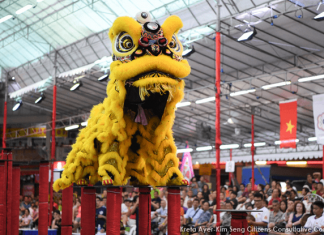