Pamela Tan is a a busy mother of three children, Isaac who is 6 years old and a pair of 3-and-a-half year old twins, Asher and Shawna. She also runs My First Games, a company which brings into Singapore and sells board games and educational toys for young children.

An enthusiastic board gamer since young, Little Day Out spoke with Pamela on why board games are much more than long-drawn-out affairs with top hats and silky terriers heading past GO to collect $200.

Pamela and other Mumpreneurs will be at the Mama’s Bazaar & Family Fun Weekend (organised by Mums@Work) taking place on 28 and 29 September 2013 at SAFRA Toa Payoh.

Where did your interest in board games come from?
I have loved playing board games since young but the interest died off in my teens as there was never anything new to play other than the old classics.

When I was at the National University of Singapore, I had a chance to go to University of Aberdeen, Scotland, for a student exchange programme for 6 months. While there, my European friends introduced me to the world of European-designed board games. This rekindled my love for board games, and I have been happily immersed in them since then.

I introduced my then-boyfriend (now husband) to board games. Before and after marriage, we would often play them, and also during our gatherings with friends.

What made you think about children’s board games?
When I got pregnant with my first child, I knew that I would soon not have any time at all to play board games. I had a dream of my kids playing board games with us when they were older and so I thought to myself “Start them young!”. As a result, when I was pregnant, I started to surf online and bought games from US websites for my son.

At what age can children be introduced to board games?
I started playing a board game with my son when he was about 17 months old. One month later, at 18 months, he could play the game with the full set of rules. He could take turns, he could take instructions (doing exactly as required), he could sit still and finish playing the game 3 times in a row! That is 10 minutes multiplied by 3 – sitting still and being engaged in an activity 30 minutes straight! When we told our pediatrician about this, she said “This is unheard of!” and didn’t quite believe us until we showed her a video of Isaac playing the game.

What was the impact of playing board games on your children?
By playing the games, Isaac’s ability to concentrate was longer than his peers (his childcare teachers told us), he was able to listen to, interpret, and carry out instructions very well. These are all essential and invaluable skills that are better developed sooner than later. Everyone was amazed that a child, who was not yet two years old, was able to do all this. Soon, everyone was asking me to import the games to sell in Singapore. After several years mulling over it, I finally did and that is how My First Games got started.

What would you recommend to families interested in getting started with board games?
This depends on how old the children in the family are. Very young kids need games which are age appropriate so as to engage them and retain their interest. I can make recommendations based on the age range of the children in the family. I usually ask people to drop me an email at myfirstgames@rocketmail.com with the details and I will reply them with some recommendations.

What were you doing career-wise before becoming a Mumpreneur?
I am an NUS Real Estate graduate and had been in the local real estate scene since then, not as a real estate agent, but in positions with major local developers.

Did you face any challenges entering into the world of business? How did you go about overcoming them?
One of the major challenges I faced was how to file my accounts as I had registered a private limited company. With margins as thin as ours, I was reluctant to pay for an accounting firm to do the accounts. Besides, we didn’t have that many transactions as yet to make that service worth paying for.

Thankfully, I managed to find a friend who was familiar in this area to guide me and help me do a simple Balance Sheet and Profit & Loss statement to submit.

It is also a constant learning process to find out what our customers want and how to better market the products. I have been intending to switch my website platform to an e-commerce one as well – that is still in progress! Hope to get it up in a month or two.

How do you balance your responsibilities between being a mum and a business owner?
I try to only “work” when the kids are in school (they are in full-day childcare). Sometimes, if I am very busy, I may have to wake up in the middle of the night to complete some work.

One thing that surprised you when you started out in business was…
Not everyone thinks like me and my friends.

As mentioned, before I started my business, everyone was telling me that I should import and sell the board games because they are educational, and good for kids and family bonding etc… I asked around my friends, and they all agreed.

However, when I started my business and started selling the games, I came to meet many other people who did not think like me and my friends. Sadly, there are lots of parents out there who feel that they have no time to play with their children. When I tell them that kids games can be as short as 5 to 15 minutes per game, they still insist that they do not have time. There are parents who feel that it is a waste of time to play board games, they feel that all time should be spent on homework and assessment books.

Some of the more shocking things that parents have said to me are:

We are firm advocates of parents playing together with their children. However, I have received last reaction (of parents wanting something their kids can play on their own) so often that I went in search for a ‘game’ that kids can play alone or with their parents.

To this end, I have found the perfect toy – CitiBlocs! This is precision-cut building blocks that can be used to build structures to the ceiling! We are one of the kids activity corner sponsors at the upcoming Mama’s Bazaar, and we will be bringing the CitiBlocs there for kids and parents to try them out.

Are there any essential skills aspiring Mumpreneurs should have?

Perseverance, definitely! Things are not easy, so you have to keep trying again and again and persevere! I feel that you also need to have humility, to be able to seek help when you need it, instead of trying to do everything yourself. I think that is something innate in us mothers, we try to shoulder and do everything ourselves! This is good, but it is also okay to seek help. This way, you won’t be overwhelmed and discouraged.

My favourite time of the day is…
Waking up with my children in the morning.  They would all be snuggled up against me, and I shower them with hugs and kisses when it’s time for them to wake up.

If I had an extra hour every day, I would …

Play more board games with my kids!

As it is, we are quite pressed for time as we do many things with them such as playing board games, painting and doing craft work. We like to make things from recycled materials like cardboard and plastic bottles – things like cars, swords, camera, lanterns etc. Before bedtime we read to them and on most nights, we can play at most one or two games with them but I would want to play more!

My perfect day out with the kids in Singapore would be …
Go on a cycling adventure with them at those long park connectors. Eat a picnic lunch. Play at the playground or beach and then cycling back to the car and go for dinner! 🙂

Beach or the city? Which would you choose as an overseas holiday destination?

Beach! The kids love playing by the beach, and we can play games at night. We just took a short holiday at a kelong near Bintan. It was great fun! 🙂

If I only had 12 minutes at the end of the day to bond with my kids, I would…

Be very sad. Thankfully that is not true but if it were, I would alternate the following activities on different days: 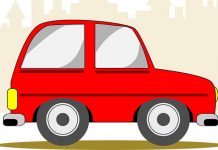 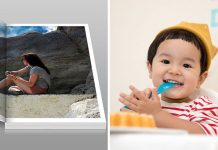 Photo Books in Singapore: Tips On How And Where To Design And Print Precious Memories 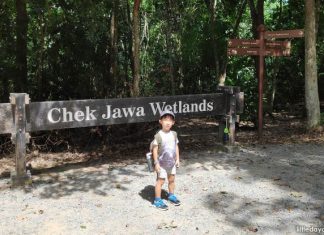