When was the last time you told your child a story?

Did you read one from a book? Recalled it from your memories? Or even made up a completely new piece of fiction?

Storytelling is a part of who we are. It is a way to leave a bit of ourselves with others. Stories passed down from generation to generation carry everything from cautionary lessons to memories of brave endeavours.

Storytelling in the world of theatre is no different. Stories acted out on stage serve to carry a message, while entertaining audiences.

What can we learn from theatre practitioners on storytelling and how can this apply back to our own stories?

Each theatrical piece flows from the pen of a scriptwriter. The scriptwriter’s job is to put words to paper and the director and actors later bring them to life.

I Theatre’s Brian Seward pulled the veil back on how the script for I Theatre’s children’s theatre production, Hey Little Mousedeer!, was developed and put together.

Start with an Idea

With the huge amount of time and effort required to develop a theatre production, choosing the right piece of material to work with is essential.

enjoy in the story,” explains Brian on how he starts to develop a piece of children’s theatre.

In the case of Hey Little Mousedeer!, the spark came from Malaysian and Indonesian folktales.

Numerous traditional stories have been passed down through the years about how the small and petite mousedeer is able to take on larger adversaries with only his wit and cunning.

Unfortunately, kids nowadays are more likely to have heard about Little Red Riding Hood than of the mousedeer tales.

“As we are based in Asia, we should be accessing local heritage for ideas. It is important to ensure that we preserve this heritage,” says Brian.

Elaborating further, Brian shared that his approach to storytelling is to provide a “slightly different insight” even when telling traditional tales.

In this regard, Hey Little Mousedeer! does not simply weave together the traditional tales of the mousedeer, but also explore ideas of personal accountability for actions taken (something all children eventually need to learn about as they grow up) and the importance of caring for the environment.

The idea of a production based on the mousedeer tales had been germinating since 2001. When it was eventually decided that Hey Little Mousedeer! would be produced, I Theatre created a short summary of the play to communicate and capture the essence of the story.

This summary then evolved into a lengthy synopsis that included scene details, characters and even the songs that would feature in the children’s production.

At this stage, the scriptwriter would come in to expand the scenes and breathe life into the characters.

Dialogue is developed, giving individual characters such as the Sang Kancil the Mousedeer and Sang Monyet the Monkey a voice for the first time. Each character’s words are written to convey not only what they are thinking at a moment in time, but their backgrounds and personalities as well.

To do so, the scriptwriter would ask himself questions such as “Why does this character speak the way he or she does?”, “How is what he or she says shaped by past experiences?”, “Are there favourite catchphrases that he or she likes to use?” The answers to these questions allow a scriptwriter to provide greater depth and realism to individual characters.

As the theatre is a visual medium, the physical actions of the characters on stage need to be accounted for as well. Actions can be conveyed through stage directions written into the script (for example, Tree falls down), or more subtly through the words of the characters (“Watch out! The tree is falling down!”).

Draw Out a Response

In interactive children’s theatre productions such as Hey Little Mousedeer!, the scriptwriter also needs to consider how audiences will respond and interact with characters.

Should the audience cheer whenever a character appears, or should they shout out a key phrase whenever an action is carried out?

To accomplish this, one device that can be used is to pepper a character’s dialogue with repetitive cues the prompt a response from the audience. (Think: “Swiper no swiping” in Dora the Explorer.)

Brian went on to elaborate that I Theatre has even been experimenting with alternative endings for plays. Handing the audience the power to help a protagonist make key decisions ‘live’ on stage keeps the audience involved, and each performance fresh for the actors as well.

Ultimately, a storyteller’s goal is to convey an idea to the audience. ‘Beginning  with the end i

n mind’, helps guide the story’s development and brings it to a memorable conclusion rather than simply dwindling along.

As Brian puts it, “I’ve got to say something”.
To sum the lessons we can learn about storytelling from the theatre, remember these key points the next time you start telling your kids a story:
1. Start with a big idea and elaborate on it

2. Give your characters a personality

3. Add your own twist to the big idea

4. Ask for a response to make it interactive

5. Bring things to a conclusion

I Theatre’s Hey Little Mousedeer! is playing at Alliance Française Theatre from 18 July to 6 August 2013. Book your tickets to watch this delightful production through SISTIC now!

Want to find out more? Read the previous feature on Costumes and Set Design for the theatre. Click here for more Behind The Scenes feature stories. 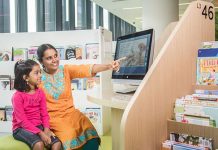 Fairfield Primary Teachers Remind Everyone With A Cheery Song, “Wednesday Is HBL, Don’t Go Out, Do Your Part” 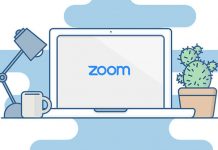 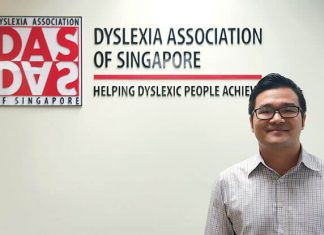